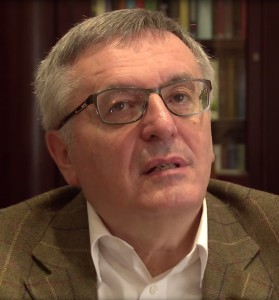 English writer and philosopher John Gray has been among the most insightful liberal commentators to take seriously the threat of Islamic terrorism and he lays out the uncomfortable conclusion he has reached in his latest New Statesman column:

What we are witnessing is the rediscovery of an essential truth: our freedoms are not free-standing absolutes but fragile constructions that remain intact only under the shelter of state power. The ideal liberal order that was supposedly emerging in Europe is history. The task of defending public safety has devolved to national governments – the only institutions with the ability to protect their citizens.

In the wake of the Paris and San Bernardino Islamic terror attacks, Gray tells Statesman readers that the existence of so many failed states close to Europe means that the old assumptions guiding European immigration policy are dead.

A fatal blow has been dealt to the Schengen dream in which people are free to roam across a borderless European continent . . . To many liberals – not least Barack Obama, who has condemned any such reaction as hysterical – European leaders seem to be succumbing to xenophobia when they should be defending openness and common humanity. But it is worth considering the situation from a Hobbesian point of view.

As new, or revived, nationalist parties gain electoral success in Europe the odds of the EU dream of borderless travel are likely to unravel. Gray points out that by doing away with internal border controls, the interior nations of Europe such as France and Germany have essentially put their immigration policy under Greek control, as many of the migrants headed to those countries transited Greece and then could immediately travel further into the EU.

Gray ends with a reminder that adopting a Hobbesian view doesn’t mean guarantee success. Instead, he says:

What Hobbes can do is dispel the lazy certainties and idle hopes of the prevailing liberalism. The lesson of the Paris attacks is that peaceful coexistence is not the default condition of modern humankind. We are going to have to get used to the reality that “commodious living” does not come cheap.