You are at:Home»Immigration Issues»“Rigorous” Background Checks Failed to Reveal that Tashfeen Malik Pledged Allegiance to ISIS 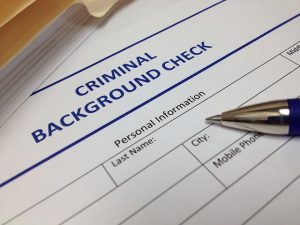 Tashfeen Malik, the Pakistani national female jihadist who was responsible for murdering 14 people (and wounding 21 more) in San Bernardino on Wednesday, had pledged her allegiance to ISIS while living in Saudi Arabia.

Malik was admitted to the United States under a K-1 fiancée visa in order to marry her co-jihadist Sayed Farook. She subsequently adjusted her status to a green card. At each step in the process, Malik was subjected to “rigorous” background checks to make sure she did not pose a threat to the American public – the same sort of “rigorous” checks we are told the tens of thousands of Syrian migrants the Obama administration is seeking to resettle in the U.S. will be subjected to.

Unlike Syria, where we have no ability to investigate people’s backgrounds, Malik was living in Saudi Arabia, a country with which we have relatively good relations and a strong diplomatic presence (despite the fact that the oil sheikhdom is a financier and incubator of Islamic terrorism). Nevertheless, the “rigorous” background checks failed to disclose her association with ISIS before she ever set foot in the U.S. Nor did the “rigorous” background checks raise any red flags about her associations in her native Pakistan. The system also failed here in the United States, where she was living when she acquired a green card.

Doing background checks on people, abroad or in the U.S., is inherently difficult. Compounding these inherent difficulties is the sheer volume of immigrants the inadequate system is being forced to vet. Since President Obama has come to office, we have admitted 83,000 immigrants from Malik’s home country of Pakistan.

Vetting that many people, even in a First World nation, would present a formidable challenge for the consular staffs assigned to the tasks. Carrying out meaningful background checks on that many people in a country like Pakistan – a known base for Islamic terrorists – is impossible. There is no reason to believe that the system will work any better in vetting tens of thousands of refugees from what is perhaps the most dysfunctional country on earth and host to countless terrorist groups.

Over the years, FAIR has advocated for significant reductions in overall immigration to the United States, based on a variety of social, economic and environmental concerns. In light of the events in San Bernardino, we can add one more very strong reason for reducing immigration to levels where we truly can conduct rigorous checks on the people we admit.