You are at:Home»Immigration Issues»Crime»Texas Continues Fight Against Sanctuary Cities into Next Year 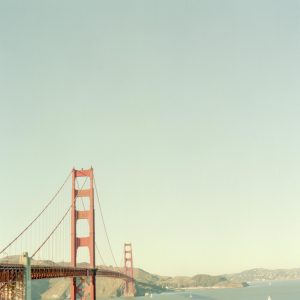 Though out of session until 2017, the Texas Legislature is showing that it is not out of touch with the majority of Americans who favor putting an end to sanctuary cities.

Recognizing that people have had enough of the problems associated with sanctuary cities, the Texas Legislature is examining the issue closely this month in hearings that are sure to be the first of many as it investigates priority policy matters for the next legislative session.

State Senator Brian Birdwell (R), who chairs the Senate Committee on Veteran Affairs & Military Installations  Subcommittee on Border Security, held a hearing December 3 to examine the critical issue of sanctuary cities.   Sitting in on the hearing was State Senator Charles Perry (R), who lost a battle in the Senate earlier this year over his bill prohibiting sanctuary policies.

Demonstrating his determination on this issue, Senator Perry asked Deputy Attorney General Brantley Starr, who testified before the Subcommittee, whether such a bill cutting funding to sanctuary cities would be permissible.  “Is there any reason why a state cannot withhold funding from those individual entities that have indicated [they are opposed]by testifying against the legislation that would prohibit them from having internal policies contrary to what we’re trying to achieve?” Mr. Starr replied that nothing under Texas law prohibits the funds from being withheld, and Senator Perry urged his colleagues to seek guidance from the Legislative Budget Board or the state comptroller’s office on the matter.

Such perseverance from the Texas Senate is in addition to a hearing next week the Texas House of Representatives’ Committee on State Affairs is hosting Thursday on sanctuary policies, as well as Governor Greg Abbott’s plan to strip certain state grants from law enforcement agencies in Texas that refuse to honor ICE detainer requests.

Sanctuary policies, which bar state or local officials, including law enforcement, from asking lawfully stopped or detained individuals about their immigration status and reporting or otherwise cooperating with federal immigration officers, undoubtedly result in increased illegal alien populations.  As one of six states accounting for 60 percent of the country’s illegal alien population, Texas is right to be concerned about the growing problem of sanctuary cities.  To be sure, Texas is home to an estimated 1.8 million illegal aliens as of 2012, which cost Texans an estimated $12 billion in 2013 in the form of educational, healthcare, welfare, and law enforcement resources.

It is encouraging to see Texas legislators continue their fight against sanctuary cities and the illegal alien lobby.  As state legislative sessions around the country ready for the New Year, true immigration reformers remain hopeful that others will follow the lead of the Lone Star State.