You are at:Home»Immigration Issues»Crime»Grassley Finds Thousands Of Guardians Of Illegal Alien Children Unvetted, Have Criminal Records 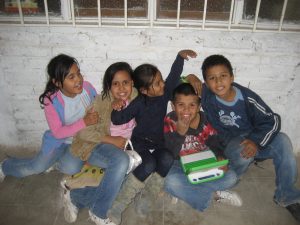 Last week Senator Chuck Grassley released findings from a DHS-whistleblower that show several thousand of the Unaccompanied Alien Minors (UAM) apprehended at the border over the last two years have been placed with sponsors who have serious criminal records. It’s estimated over 10 percent of UAMs are now living with sponsors previously charged with serious crimes, including child molestation, sexual assault, human trafficking and homicide. Considering the president’s line that the ongoing UAM-crisis is simply about kids “escaping rape and violence,” the vetting gaffe’s a cruel bit of irony for those kids now being subjected to possible endangerment.

The Grassley findings should be embarrassing for the administration, especially considering the leap in expenditures the Health and Human Services Department (HHS) has recently committed to the area of background checks — HHS takes UAMs off the hands of Border Patrol after they’re apprehended. Through public records requests, the Immigration Reform Law Institute (IRLI) has obtained documents showing taxpayer funds earmarked for sponsorship-checks more than tripled since Obama’s first “dreamer” amnesty in 2012 from $2.1 million to $7.4 million. Indeed, the demand’s certainly been high. Other documents IRLI’s obtained show actual “reunions” between UAMs and sponsors (which includes parents) going up from 9,514 in 2012 to 53,379 in 2014.