You are at:Home»Federal»An Amazingly Honest Discussion of Trump’s Statement on MSNBC 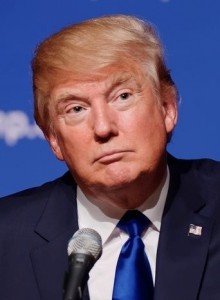 Whatever else people might think about Donald Trump, he has an undeniable talent for forcing the political and media establishment to discuss issues that most would prefer to avoid.

Since his pronouncement earlier this week that we should temporarily suspend Muslim immigration to the United States, that’s all pretty much everyone has been talking about. It was once again a topic of discussion on Friday’s Morning Joe on MSNBC. What ensued was not what anyone would have expected. In fact, the discussion among hosts Joe Scarborough, Mika Brzezinski, and three regular news analysts would have been astonishing even if it had been carried out on Fox instead of MSNBC.

All five agreed that the failure of the “rigorous” screening process to detect numerous obvious red flags, both before and after San Bernardino jihadist Tafsheen Malik entered the United States, raises some very serious concerns. All five also stated their opposition to Trump’s solution. (For the record, FAIR also opposes a blanket ban on admission of people based solely on their religion.) Then Scarborough posed a simple and obvious question to his colleagues: Okay, then what would you do instead?

What ensued is exactly what is happening among people all across America who are wrestling with the same question, albeit not on national TV. For next eight minutes or so, all five engaged in a fierce battle, not with Trump, but with themselves – between their intellects and their emotions. As they hemmed and hawed their way through the discussion, all five of the participants admitted honestly that while they are uncomfortable with what Trump said, they don’t have any better ideas themselves.

“We’re going to have to do things that make us uncomfortable,” Scarborough concluded. Sadly, he is correct because the alternative is worse.