You are at:Home»Immigration Issues»A trichotomy of Views on Immigration 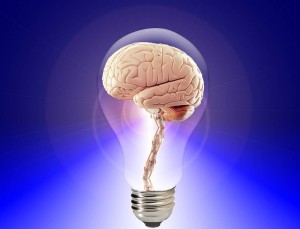 Internationalism – There are in general two groups of internationalists on immigration policy. One is the ‘it’s a small world, isn’t it?’ crowd that believe everyone in the world should have the same opportunity for a good life including coming to the United States to achieve it. This position is generally oblivious to the negative implications for native residents from borderless immigration policy. The other is the business sector involved in international trade. They tend to be advocates of the free movement not only of goods and services but also of persons across borders. They tend to believe that if the liberal movement of people across borders is good for them, it is good for the country.

The business-focused internationalists regularly engage in promoting biased policy studies – often conflating legal and illegal foreign residents – to promote the idea among the immigration enthusiasts that their advocacy is in the national interest.

Nationalism – Those who believe that immigration policy should be in the national interest are in this category. They may support immigration only as long as it in balance and enhances – or at least does not detract from – the long-term and short-term interests of the majority of the national body politic. They are focused on issues such as national security, respect for the law, assimilation, fiscal costs, criminality, job competition, ethnic tension, school learning environments, and environmental impact.

These concerns are often falsely attacked by their opponents as anti-immigrant prejudice. But, in fact, the focus is on the nation and its residents rather on newcomers.

Personalism – The size of the immigrant population – both legal and illegal – in the United States is now so large that many residents have family ties to persons who are seeking immigration benefits, whether a visa or amnesty. It should not be surprising that these persons are readily mobilized by internationalists to pressure policy makers to extend a benefit to their relative or friend.

The fact that internationalists and personalists often make common cause in promoting their interests makes them a formidable force in defending today’s wide-open immigration intake and in pushing for even wider open-door policies.