You are at:Home»Immigration Issues»Defining a Public Interest Objective is at the Heart of Real Immigration Reform 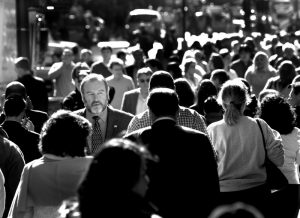 One of the most perplexing questions for people on all sides of the immigration issue is why, after decades of debate, countless millions of words written, enough cost/benefit analyses to fill a library, and billions of dollars spent (mostly by those who want amnesty and much more immigration) are we seemingly incapable of “reforming” our policy?

Perhaps the answer lies in the fact that we, as a nation, have not defined a public interest objective for immigration policy. In order to “reform” a policy, you first have to identify what the goal of the policy is. Immigration policy in the United States hasn’t had an identifiable national interest objective in recent memory and none of the recent legislative efforts to “reform” immigration has come close to defining one.

This gigantic flaw in the process has been duly noted by FAIR and a small coalition of like-minded organizations, but has largely been ignored by the media, pundits, not to mention Congress and successive presidents.

Refreshingly, that may be beginning to change. In a provocatively titled piece, “Is America a Third World Country?” that appears in the respected journal, Commentary, Michael Rubin notes that “few politicians address head on the question about what citizenship should mean.”  He continues, “[I]n an era where some school districts consider the American flag a symbol of hate and historical revisionism becomes the canon, where American exceptionalism is treated with disdain, and moral equivalency pervades into the Oval Office, then what should be the meaning of being an American? Is it simply a geographic concept—anyone who manages to live within the borders of the United States should be considered an American—or are their common values? If so, what are those values?

These questions lie at the heart of true immigration reform. The American people intuitively understand the answers. But until the political and economic elite address them, immigration will continue to be one of the most perplexing issues facing our nation.