You are at:Home»Immigration Issues»Asylum & Refugees»Immigration Hypocrisy At The UN: When Does Our “Xenophobia” Begin To Look Like Their Europhobia? 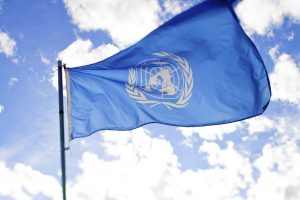 One week before Christmas marked the 15th anniversary of “International Migrants Day,” a United Nations invention commemorating the “courageous expression” of migrants and refugees around the world “who have the desire and the capacity to move to other places.” UN Secretary-General, Ban Ki-moon, used the occasion to call for a “global compact on human mobility” while chastising the West by dedicating the day to the “millions [who]have been made into scapegoats and become the targets of xenophobic policies and alarmist rhetoric.” He no doubt had Donald Trump in mind whose plan to temporarily halt adherents to Islam from immigrating to the U.S., Mr. Ban said earlier in the month was an idea that “relied on hate.”

For Ban, and others among the globalist elite, it’s the West that holds the monopoly on “xenophobic policies.” While he condemns Western leaders for refusing to “share responsibilities” and open its doors to the million Syrian, Pakistani and Afghan refugees/economic migrants pushing past its borders, it’s crickets when it comes to the more geographically and culturally compatible Gulf states. Ditto for nations like Kuwait and Israel who’ve had similar ‘hateful’ Trumpian restrictions in place for years.

migrants refugees UN
Previous ArticleNew Year – New Obama Executive Action
Next Article Sen. Sessions: Foreign Born Population has More than Quadrupled since 1970 and Will Continue to Surge Over the Next 40 Years