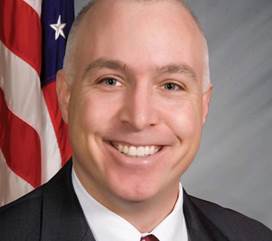 Under the bill, in addition to having to terminate their unlawful workforce, employers who knowingly hire an alien who is not authorized to work in the United States would face civil consequences.  First and second time offenders would be placed on a type of probation, being required to file quarterly reports with the state attorney general’s office concerning the work eligibility of their new hires.  The probationary period would last three years for first time offenders, and 10 years for second time offenders.

Third time offenders may have their doors shuttered.  The bill provides that if an employer is found to have employed an unauthorized alien for a third time, then a court may order their business license(s) to be revoked for an indeterminate period of time, possibly permanently.

Importantly, employers who use the E-Verify program would be given a safe-harbor under the bill, shielding them from any consequences by recognizing that employers who do the right thing by using the program would not have reason to believe their employees are not authorized to work.

As expected, the Chamber of Commerce is opposing the measure.  “We vehemently oppose it,” said Chamber President Kevin Brinegar. “We think the punishment is too stringent for the crime.”  Defending his legislation, Senator Delph said, “[I]t’s the right consequence…We need to root out this shadow world that exists where people think they’re coming into American freedom but really live in modern day American slavery.”

Beyond exploiting individuals, employers that hire illegal aliens take job opportunities away from Americans and depress wages.  More than a quarter of states have some form of E-Verify law on the books, and according to a 2014 survey of E-Verify users, nearly all believe it to be effective (92%) and highly accurate (89%).

You can read more about the importance of E-Verify here.