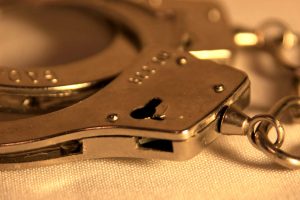 Two Middle Eastern refugees were arrested on terror-related charges on Thursday. Omar Faraj Saeed Al-Hardan, 24, was arrested in Houston, while Aws Mohammed Younis Al-Jayab, 23, was taken into custody in Sacramento. Both men had been admitted to the United States as refugees and had been put through the rigorous screening process that the Obama administration assures us will be used to make sure none of the 10,000, or more, Syrians they plan to admit this year poses a security threat.

Al-Hardan, who was born in Iraq and arrived here in 2009, is accused of aiding ISIS by offering his services and providing material support to the international terrorist group. He was granted legal permanent residence in 2011 and became a citizen on August 14, 2014.

Al-Jayab, admitted as a refugee from Syria in 2012, is charged with making false statements regarding international terrorism. Like, Tafsheen Malik, the Pakistani-born jihadist who carried out the December attack in San Bernardino, California, Al-Jayab appears to have been radicalized before he entered the United States. According to the complaint filed by the Department of Justice, immediately upon arrival in the U.S., Al-Jayab began communicating over social media about his intent to return to Syria to fight for terrorist groups there. Somehow, the rigorous screening process failed to detect his jihadist leanings.

In November 2013 Al-Jayab fulfilled his aspiration of joining the terrorist cause in Syria. According to social media postings, between November 2013 and January 2014 he fought for terrorist groups in Syria, including Ansar al-Islam. Again, he slipped through the rigorous screening process and returned to the United States on January 23, 2014.

According to Reuters, “more than 75 U.S. residents allegedly radicalized by Muslim militants have been arrested since 2014.” What we do not know is how many more have not been discovered and remain at large. We can only hope that we will not find out after another terrorist attack, carried out by jihadists the rigorous screening process missed.