Last Tuesday President Obama touted his “achievements” regarding health care, gun laws, and “free” education for all during his final State of the Union address. It seems the president blatantly ignored what Americans deem to be some of most important topics of 2016: immigration and refugee resettlement.

President Obama did vaguely touch on fixing our ‘broken’ immigration system and issues concerning immigrants a few times. However, in the entirety of the speech, he only mentions refugees once. That’s right, just once.

While we can’t exactly be sure where refugees will go in the future, we can evaluate the information we do have. In FY 2014, a total of 69,986 refugees were admitted into the United States and placed around the nation (excluding Delaware, Montana, and Wyoming which did not receive refugees).

Based on that data from Office of Refugee Resettlement (ORR), we were able to discern how many refugees were placed and where throughout the U.S. in FY2014. Percentages were rounded to the nearest one.

The chart below lists the Top 10 States who received the most refugees that year: 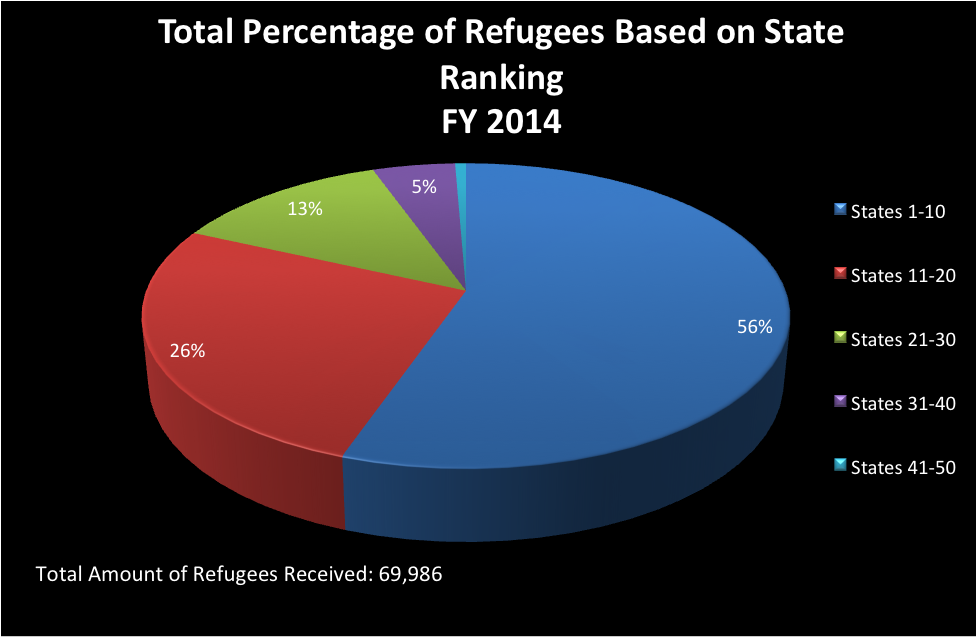 The top 10 states that received refugees in FY2014 account for more than a majority (56%) of the total number of refugees admitted to the U.S. last fiscal year. According to the Census, nine out of the top ten states mentioned above are the most populous states in the nation.

If you add in the next 10 states, the top 20 receiving states account for an astounding 82% of the total admission of refugees throughout the United States. 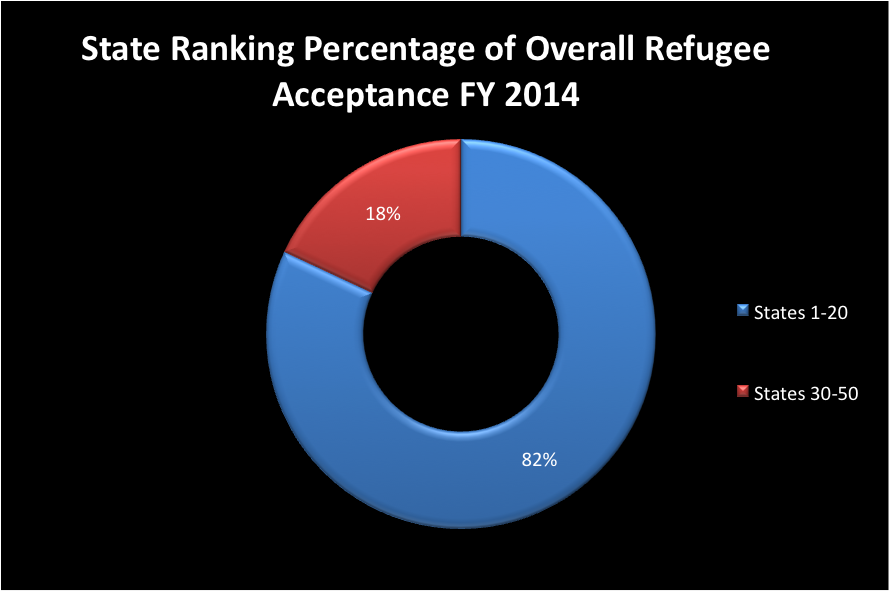 Do you think your state is in the Top 20? Stay tuned to State & Local to find out which countries send the most refugees to the U.S. and to which states they are going….