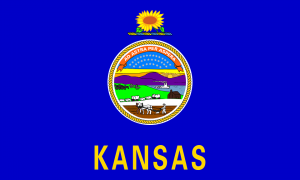 The Kansas House of Representatives Committee on the Judiciary held a hearing on House Bill (HB) 2466 Wednesday, February 3. HB 2466 prohibits localities in the state from implementing sanctuary policies that impede the enforcement of immigration law.

Supporters of HB 2466 say the measure is necessary to protect public safety. “If Kansas’ sanctuary policies are allowed to continue then it will only be a matter of time before someone is hurt or killed,” commented Secretary of State Kris Kobach. State and local law enforcement are often on the front lines in dealing with crime involving transnational gang activity, human trafficking, smuggling, drug related offenses, and other serious crimes often tied to illegal immigration.  When state and local law enforcement fail to contact federal immigration officials, criminal aliens are able to reenter communities and engage in further criminal activity at the expense and safety of citizens and lawful aliens.

HB 2466 was introduced following the shooting of 32-year-old Kate Steinle in San Francisco, California, last summer. “In visiting some folks around the state after the incident in San Francisco last year, this was something that a lot of people were interested in; so I think that this is something that has grass-roots support,” said Representative Brett Hildabrand, a supporter of the legislation.

In addition to threatening public safety, sanctuary policies impose a needless waste of taxpayer money and resources. Because many sanctuary policies force law enforcement officials to release criminals back onto the streets instead of notify ICE or transfer criminal aliens to federal custody, local law enforcement often encounter recidivist criminal aliens repeatedly. Public resources are best utilized when the federal government can obtain custody of wanted criminal aliens at the time they are apprehended by law enforcement. It is very expensive and makes little sense to release deportable aliens back onto the streets and force federal officials to pursue their cases independently. Kansas has approximately 88,300 illegal aliens residing in the state, costing taxpayers over $424 million dollars a year. These costs include estimates of taxes contributed by unauthorized aliens.

Kansas is one of about a dozen states that have introduced legislation to prohibit sanctuary policies this year. These states include Arizona, Florida, Georgia, Indiana, Kansas, South Carolina, Tennessee, Virginia and Wisconsin.