You are at:Home»Immigration Issues»Crime»Virginia General Assembly Takes a Stand Against Sanctuary Policies 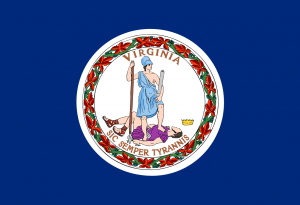 Specifically, the Virginia House of Delegates passed House Bill (HB) 481 to prohibit law enforcement from releasing any criminal alien subject to an immigration detainer, except for the purpose of transferring the criminal alien to federal custody or another facility. Under HB 481, if law enforcement officials violate this provision and an alien goes on to later injure an individual, that person will be compensated for such injury by the state’s criminal injuries fund. HB 481 passed the House of Delegates by a 68-29 vote, with bipartisan support.

Additionally, the Virginia Senate voted 21-19 to pass Senate Bill (SB) 270, which would prohibit localities from enacting any sanctuary ordinance, procedure, or policy that restricts the enforcement of federal immigration law to less than the full extent permitted by federal law. Under SB 270, any locality found to have violated the measure by enacting a sanctuary policy will see a reduction in their state funding.  Shortly following the vote, Senate Republicans filed a motion requesting a reconsideration of the bill. SB 270 is expected to be voted on again in the near future.

“This is very simple: We are either voting for rule of law or voting against it,” commented Senator Thomas Garrett (R- 22), sponsor of SB 270. Currently, at least 11 localities in the state have demonstrated records of refusing cooperation with U.S. Immigration and Customs Enforcement (ICE) requests.