Between 1975 and 2015, the United States admitted roughly 3.3 million refugees. The Obama Administration plans on adding 85,000 refugees to that figure in 2016, and 100,000 in 2017. Those numbers contribute to the roughly 1 million green cards the U.S. doles out annually, not to mention the approximate 12 million illegal aliens already here in the U.S. increasing the population.

States have received a varying number of refugees over the years. However, data from the Department of Homeland Security (DHS) shows some states have received a far greater share than others. From 2012 to 2015: Texas, California New York, Michigan, Florida, Arizona, Georgia, Pennsylvania, Illinois, and Ohio have received the most refugees. It’s no surprise then that all of these states made our list of Top 10 Receiving states in FY 2014. 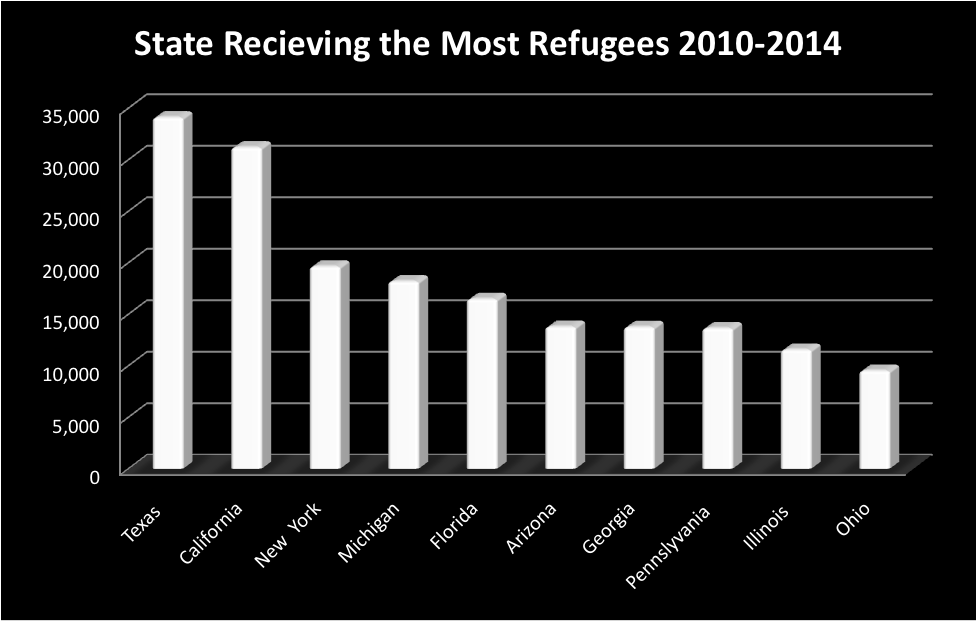 In FY 2014, these top ten states accounted for 56 percent of all refugee placements within the nation. If you add in the next 10 states, the top 20 receiving states account for an astounding 82 percent of the total admission of refugees throughout the United States. 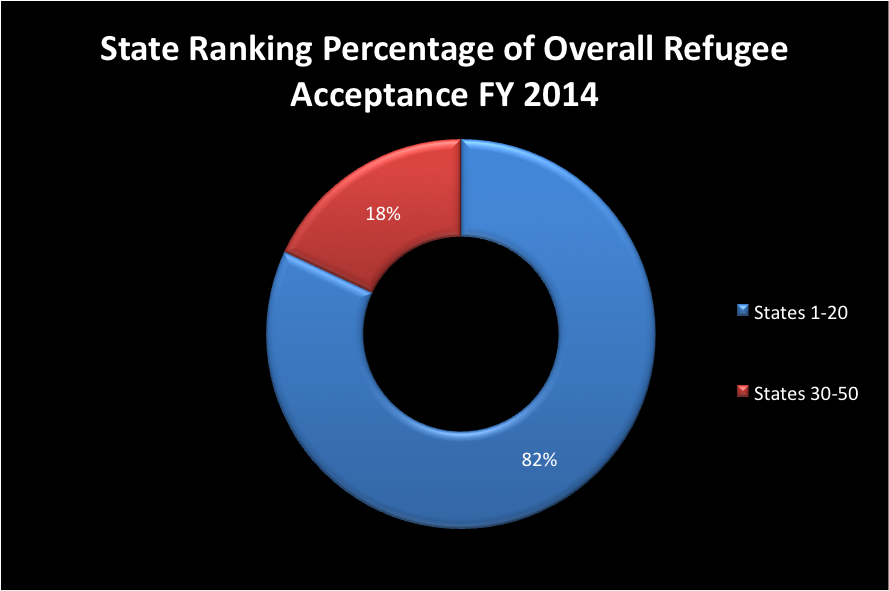 Additionally, in FY 2014, a total of 69,986 refugees were admitted to the United States from 78 different countries in 2014. The top 10 refugee countries account for 95percent of all refugee admissions into the United States. These countries include: Iraq, Burma, Somalia, Bhutan, the Democratic Republic of Congo (DRC), Cuba, Iran, Eritrea, Sudan, and Afghanistan. The remaining 5% of refugees include refugees from 68 countries combined.

So how does this all break down? Let’s take a look at the top two receiving states for FY 2014: Texas and California

Statewide: 64 percent of all the refugees Texas received in 2014 were from two countries: Iraq and Burma. 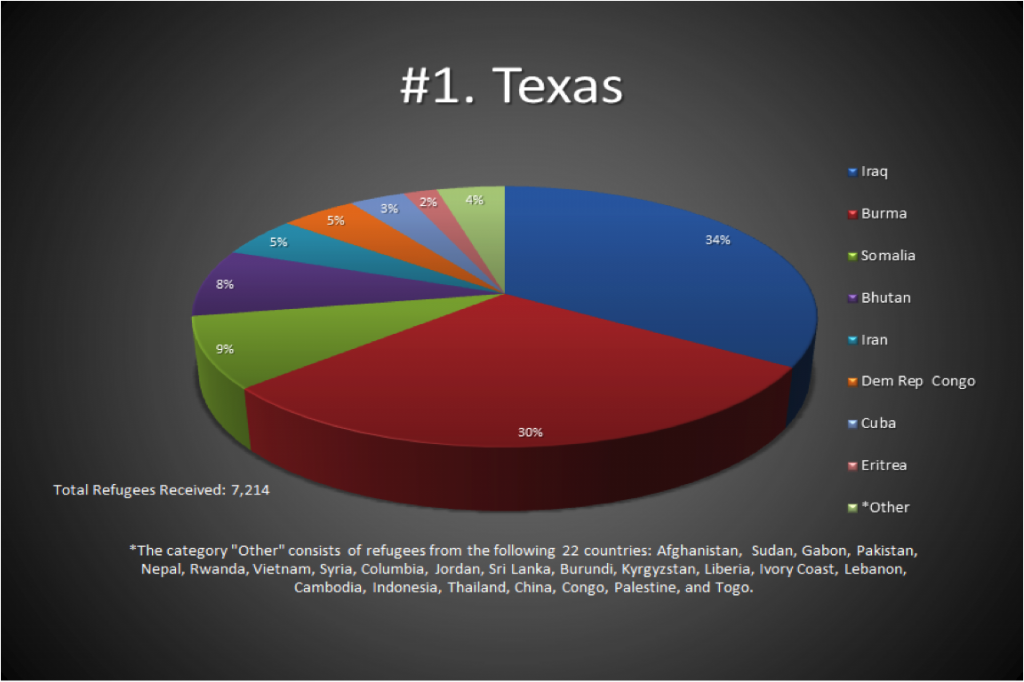 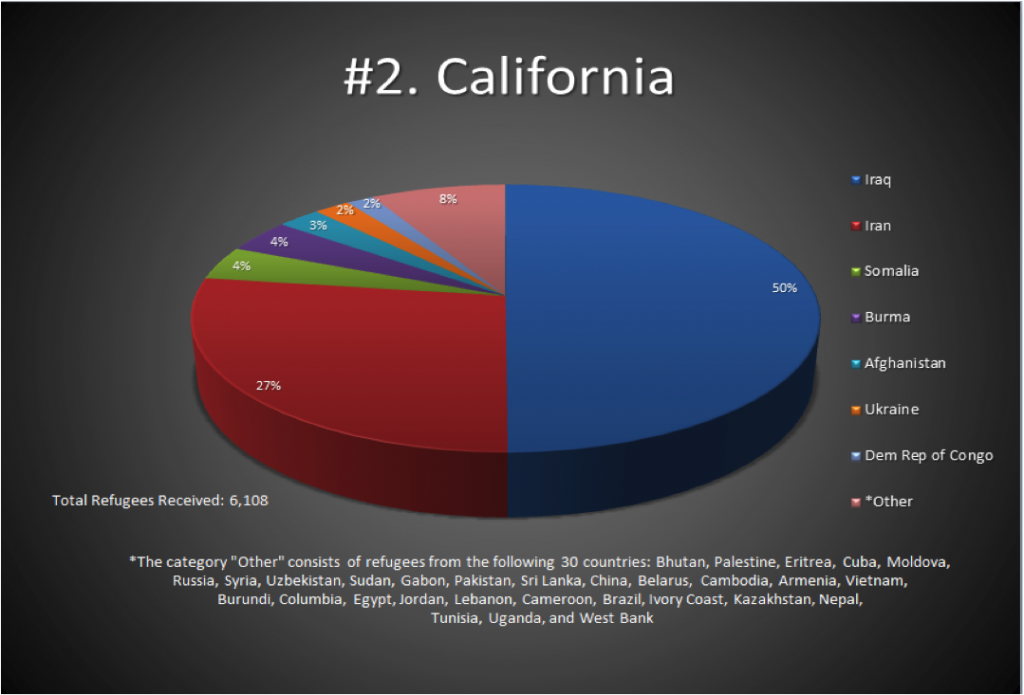 To see how your state ranks click here. Please note that Delaware, Montana, and Wyoming did not receive any refugees, thus they are not included.