You are at:Home»Politics»The Pope Weighs in (Again) on U.S. Immigration Policy 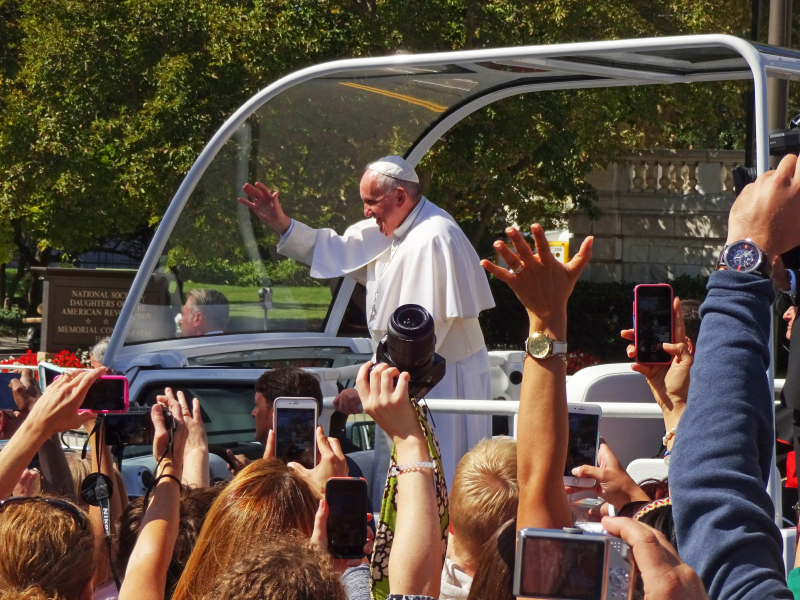 Washington DC, USA-September 23, 2015: Pope Francis has arrived and is waving to the crowd. Many people are taking photos. This is on D Street near DAR Constitution Hall. Pope Francis traveled around the Ellipse giving the general public a chance to see him. Copyright: Coast-to-Coast

Pope Francis made international headlines on Thursday when he reignited the debate about walls and U.S. immigration policy. Aside from his characterizations of Donald Trump, the statement he made to a reporter in Ciudad Juarez, Mexico, the views he expressed on immigration are not new. He said much the same during his visit to the U.S. last September. In an op-ed published in The Hill on the occasion of Pope Francis’s visit last year, FAIR’s president, Dan Stein, addressed some important considerations that the pope and many well-meaning religious leaders overlook in their advocacy on behalf of open immigration. Here, again, is that op-ed. Recommended Reading: Blogs by FAIR on Pope Francis and immigration