You are at:Home»Federal»FAIR’s Analysis of Ben Carson’s Immigration Plan 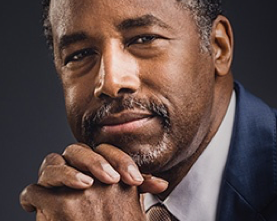 Amnesty: Carson says it is not feasible to root out and deport every illegal immigrant residing in this country. “My administration will give illegal immigrants a six-month period to register with the federal government. If they do not register, they will be violating the law and subject to apprehension and prosecution as criminals. If they register in that six-month window and have an acceptable record, they could become eligible for guest worker status by paying a back tax penalty, continuing to pay future taxes, providing proof of sponsorship by an employer and submitting for regular review and renewal of the worker permit. Under this process, every illegal immigrant would be accounted for and processed according to their circumstances. Illegal immigrants who become guest workers will not, however, receive citizenship and everything that comes with that privilege, such as voting rights.”

Read more of this analysis on Ben Carson’s stand on immigration on FAIRus.org: Where Do the Presidential Hopefuls Stand on Immigration?