You are at:Home»Federal»Congress»Schumer’s Outrageous Comments to Displaced American Worker 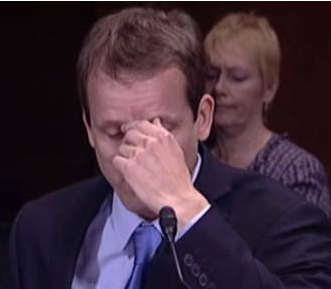 True immigration reformer Sen. Jeff Sessions (R-Ala.), in his capacity as chairman of the Senate Judiciary Subcommittee on Immigration and the National Interest, held a hearing on “The Impact of High-Skilled Immigration on U.S. Workers.” Leo Perrero, a former Disney IT engineer, gave moving testimony about being laid off from his job—despite high reviews—and being forced to train his H-1B replacement. FAIR highlighted the plight of Mr. Perrero’s situation here.

Senator Chuck Schumer (D-N.Y.), who was not present when Mr. Perrero was brought to tears telling his story, concluded his remarks in outrageous fashion. The Gang of Eight leader looked Mr. Perrero right in the eyes and declared that Mr. Perrero would not have lost his job if the Gang of Eight bill had become law.

That statement is a blatant lie. In fact, during the Senate Judiciary markup of S. 744 Sen. Schumer struck a deal with Sen. Orrin Hatch (R-Utah) that eliminated the few protections for American workers written into the bill. The Schumer-Hatch deal limited the number of employers required to attest that they have not displaced U.S. workers. Additionally, the deal nearly tripled the H-1B cap to 200,000—the very program used by Disney to replace Mr. Perrero and several hundred of his very qualified American peers.

The only thing passage of S. 744 would have done is expedite Mr. Perrero’s displacement by cheap, foreign labor.