You are at:Home»Federal»FAIR’s Analysis of John Kasich’s Immigration Plan 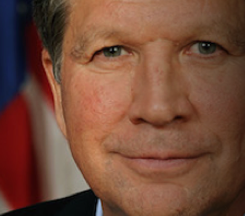 Amnesty: Kasich supports amnesty for the 12 million illegal aliens in the country. In October 2015 he called illegal aliens “a critical part of our society” who “should have a path to legalization.” Kasich has said “whether you take the final step to citizenship, that’s a whole other question but I’m not closed to anything.” According to Kasich, illegal aliens living in America “contribute a lot” to the country.  Additionally, Kasich emphasizes keeping “families together and to give them a good place in American society.”

Read more of this analysis on John Kasich’s stand on immigration on FAIRus.org: Where Do the Presidential Hopefuls Stand on Immigration?