Hillary Clinton made the statement in the last debate of Democrat candidates that, “I won’t deport children.”  But, according to the March 11 New York Post, even amnesty advocates were not sure what she was claiming.

Pundit speculation was that she was trying to position herself as more committed to accommodating illegal aliens than President Obama, and, therefore, appeal to Latino voters with a more left-wing position than her opponent in the primaries, self-proclaimed socialist Sen Bernie Sanders. 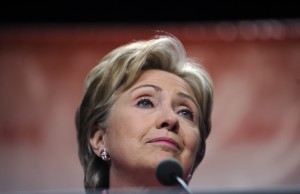 Like the amnesty advocates cited by the Post, we can’t clarify exactly what children Clinton was proposing to protect from deportation, but regardless of her intended beneficiaries, her campaign promise makes no sense.

Virtually none of the illegal alien minors streaming into the country – primarily from Central America – are orphans. So, in considering whether they should be deported, they should be considered part of a family unit. Many of them are joining parents who are living illegally in the United States. If you believe, as FAIR does, that all persons living illegally in the United States should be subject to deportation if they do not qualify for asylum, then it makes no sense that their children would not be sent back to their home country with them.

Of the small minority of unaccompanied minors who arrive illegally and do not have parents or other family they are joining, they in most cases have left family behind in Central America. It, therefore, makes no sense that those minors would not be sent back to rejoin their family members. To do otherwise would be to invite the remaining family to try to also come illegally to join the minor already here illegally.