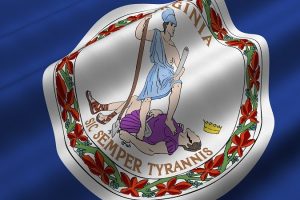 Using the same veto statement for both bills, Governor McAuliffe argued that not only would they fail to improve public safety, but that they would needlessly stigmatize criminal aliens, who he glosses over as mere “non-citizens.”  His statement reads: “Rather than stoking irrational fears of non-citizens present in the Commonwealth, the General Assembly should be focused on substantive policies to improve public safety in Virginia.  House Bill 481 makes no one safer and inappropriately stigmatizes many of those who are caught up in a broken immigration system.”

Though laughable to those of us who frequently report on the victims of criminal aliens, Governor McAuliffe’s assertion that somehow criminal aliens do not pose a public safety threat in the state was unfortunately not an early April Fool’s Day joke.  His statement echoes that of the amnesty lobby, who will do anything to protect criminal aliens, while ignoring the voices of those who have been harmed by illegal aliens.

Try telling the family of Sister Denise Mosier who was killed by Carlos Martinelly Montano, an illegal alien who hit a van she was in while drunk driving in Bristow, Va., that criminal aliens are not dangerous.  Try consoling the heart-broken mother of 19-year-old Vanessa Pham of Falls Church, Va., who was murdered by Blanco Garcia after giving him and his daughter a ride home from a shopping center.  Try explaining to future victims that these laws wouldn’t have made a difference….if it’s not too late.