You are at:Home»Politics»Obama’s Open Door for Illegal Alien “Family Reunification” 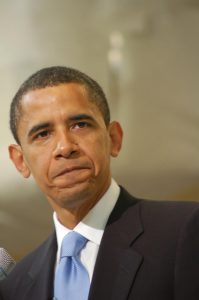 The Obama response to the surge in the past few years of illegal migrants from Central America included an unprecedented program that offers legal entry to youths from that area who have a parent residing in the United States. A news source in Durham, North Carolina reported on April 7 on the arrival of one of the first beneficiaries of this program.

According to the article, “To qualify, children must be from one of those three countries [El Salvador, Honduras, or Guatemala], be under 21 and unmarried, and their parents must be in the U.S. legally.” That statement begs the question of why the youth’s mother, if she is legally residing in the United States was not able to bring her son into the country legally using the immigration preference system for family members.

The logical answer is that the mother entered the United States illegally and is neither a U.S. citizen nor a legal permanent resident. How then could she meet the qualification of being in the country legally? The logical answer to that question is that she managed to qualify for Temporary Protected Status (TPS) which was established for Salvadorans in 2001 following a major hurricane hit Central America, and has been periodically renewed ever since. TPS provides temporary protection against deportation and a work permit.

The new Obama program is therefore accommodating the entry of persons who do not qualify for any category of legal entry into the country.