You are at:Home»Immigration Issues»What the Mainstream Media is Getting Right and Wrong on H-1B Reform 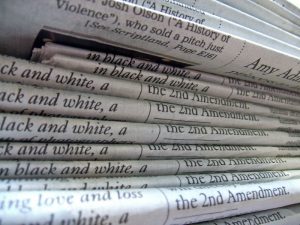 The mainstream media is sounding the bugle for legal immigration reform, primarily concerning H-1B visas for temporary guest workers. Unfortunately, their call is to implement the wrong kind of reform: loosening restrictions on a program that already results in thousands of Americans losing their jobs every year.

The Huffington Post published a blog this past weekend comparing the H-1B system to the popular TV show Survivor. While the liberal news outlet notes that the system is a confusing free-for-all in the jungle of government regulation, their solutions make less sense. Suggesting the Federal government repeal all time restrictions on H-1B visas, create an expedited path to permanent residency and increase the overall number of guest workers will only augment the problems caused by this program.

In similar fashion, PBS News Hour gave Yale professor Vikram Mansharamani a platform to call for an increase in H-1B workers to ward off an impending demographic crisis of old people. However, he fails to note that these same guest workers often displace older veterans of the trade in order to lower costs. In addition to displacing seasoned American workers, it promotes demographic discrimination. In 2015, the top eight H-1B employers exclusively favored workers from India, who amounted to more than 97 percent of their total guest worker hires.

Neither outlet could be bothered with covering the problems these programs pose for American workers. In 2015, Leo Perrero, an IT professional at Walt Disney World, was among hundreds of capable and qualified workers told they were losing their jobs to the H-1B program. Making this devastating news even harder to bear, they were forced to either train the new foreign replacements who were replacing them in three months or leave the company immediately and risk their severance packages. “That day, 20 years of hard work, a bachelor’s degree in Information Technology, and an IT job for Disney were all over when my team, along with hundreds of others, were displaced by a less-skilled foreign work force imported into our country using the H-1B visa program,” Perrero lamented during a February appearance before the Senate Judiciary Subcommittee on Immigration and the National Interest. He went on to warn that “This situation at Disney is not an anomaly. This same abuse of the H-1B program is happening nationwide.” (Read FAIR’s analysis of the replacement crisis here)

Media outlets and lawmakers also refuse to consider safeguards against corporate abuse of the H-1B systems. In December of 2015, immigration reform proponents Senators Jeff Sessions (R-Ala.) and Ted Cruz (R-Texas) introduced legislation that would require companies to pay H-1B workers the same as American who do similar work, or at least $110,000 per year. Since proponents of an increase in the annual number of guest workers claim many industries are experiencing a personnel shortage, not trying to lower costs through underpayment, it should make sense that they would be willing to pay the American market price for such labor. But the silence and immediate stalling of the bill suggest the media holds other motives.

For thousands of Americans, especially in the IT industry, fixing the broken H-1B system is critical to sustaining their livelihoods. Meanwhile, the mainstream media have correctly identified that the guest worker program has a problem; they just refuse to acknowledge the root of the problem or what must be done to remedy it. Until they do, it remains difficult to protect the jobs of hardworking Americans who are at risk of being replaced by cheap foreign labor.