You are at:Home»Immigration Issues»Border Security»Mark Zuckerberg Scolds those Who Favor “Slowing Immigration” 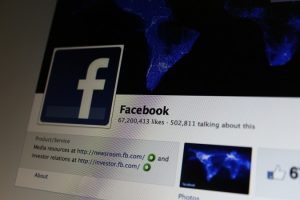 Mark Zuckerberg was the keynote speaker at Facebook’s annual developers’ conference in San Francisco. Zuckerberg used the occasion to scold those who do not share his vision of a borderless world. “As I look around and I travel around the world, I’m starting to see people and nations turning inward, against this idea of a connected world and a global community. I hear fearful voices calling for building walls and distancing people they label as ‘others.’ For blocking free expression, for slowing immigration, reducing trade and, in some cases around the world, even cutting access to the Internet,” he said.

Zuckerberg is one of the leading financiers of the effort to grant amnesty to millions of illegal aliens and opening America’s doors to virtually anyone in the “global community.”

Of course, Zuckerberg’s views about his own community and how near he wants be to ‘others’ is a very different matter. In 2013, the tech blog site, peeplo.com, noted that Zuckerberg spent $30 million to buy up the properties adjacent to his Palo Alto home “because of his increasing concern about privacy…With the impulsive purchase of the four houses made by Mark, this is just a clear indication that he does not want anyone coming over in his place and go looking at him at any time of the day. By buying the four houses closest to his present abode, he has made it possible to avoid the situation.”

From the perspective of a billionaire, in “a connected world and a global community” our country’s doors should always be open…just so long as no one gets the idea that it’s okay to pop by the Zuckerbergs’ house to borrow a cup of sugar.