You are at:Home»Jobs & Economy»IRS Boss: Not Our Job to Report Identity Fraud Committed by Illegal Aliens 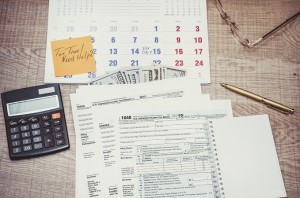 It’s that time of year again—tax season. With April 18, the deadline for IRS tax returns, fast approaching, many people are putting finishing touches on the forms that fund the federal government’s many projects and mandates with their money. But legal, hard-working Americans aren’t the only one’s filing: millions of illegal aliens are fraudulently filing for tax returns as well, largely through forms of identity fraud such as stolen or “borrowed” social security numbers.

In a Small Business Committee hearing Wednesday, John Koskinen, the IRS’s top tax-collector, told congress that the agency’s top priority is to “make sure they [illegal immigrants]pay their taxes.” Now the IRS finding a way to make sure every penny owed to them is collected isn’t news. But the fact that they are willing to be complicit in identity fraud is appalling. “We have Social Security and immigration authorities and others who enforce that part of the law,” Koskinen said. “If we start looking behind the system and doing their job for them, we’re going discourage a lot of people from paying the taxes they owe.” (The entire hearing can be watched here)

This head-turning from the IRS actually doesn’t help the federal government collect more in taxes. Based on 2010 Census data, The Heritage Foundation found that the average illegal household receives an estimated $24,721 per year in overall government benefits despite only paying $10,334 in overall taxes, leaving an annual estimated tax deficit of $14,387. The same report shows that legal immigrant households hold a much smaller tax deficit of an estimated $4,344. Native household deficits are smaller yet, sitting at $310.

After Rep. Dave Brat (R-Virginia) questioned Mr. Koskinen as to whether or not the agency should be willing to “go along with what it knows to be illegal activity,” the IRS chief promised to pay closer attention to illegal immigrants who use stolen or fraudulent Social Security numbers to get jobs and file taxes. However, the current administration has shown itself to be willfully remiss when it comes to enforcing current immigration laws.

The complacent actions of the IRS in assisting illegal aliens puts the identities and financial security of hardworking Americans at risk, and the agency’s excuse is underwhelming. While it may not be the explicit domain of the IRS to prosecute identity fraud, they hold the names, addresses and employment locations for potentially millions of people who are actively defrauding the federal government. The Department of Justice and the Social Security Administration can use that information, and inter-agency cooperation isn’t a foreign concept in any government. But when it comes to illegal immigration, the current administration shows no interest in figuring it out.