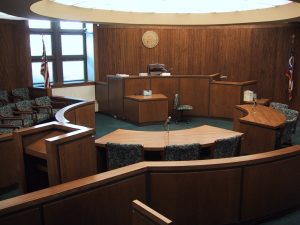 A new Department of Justice report reveals that immigrants are blowing off their court cases in record numbers and that the department is unconcerned with catching them. Among other disturbing trends, officials rarely seek sanctions against employers who hire illegal immigrants.

The 2015 Statistics Yearbook of the Executive Office of Immigrant Review (EOIR), which oversees immigration courts, illustrates a system in shambles. With total immigrant court matters down 11 percent from the previous fiscal year, and a dip of 15 percent in case completions since 2011, the courts are reflecting the lax enforcement policies that trickle down from the White House.

Even though the EOIR has requested $481.9 million for the next fiscal year to employ 2,138 people (along with 681 attorneys), the Office of the Chief Administrative Hearing Officer, in charge of investigating employers who hire illegal immigrants and immigrant-related document fraud, only pursued 58 cases in 2015. The office has opened just 400 cases since 2011 and never initiated more than 100 active cases during any year in that stretch. This sends a clear signal to employers that there is little risk in hiring illegal aliens.

The yearbook also reveals that the catch and release policies favored by this administration are being exploited. Overall, pending immigration cases have skyrocketed from almost 300,000 to 457,106 in the last five years.

Moreover, the number of immigrants who fail to appear is growing. When you combine this with the increase in pending cases and limited enforcement within our borders, there is no endgame in sight. Neither the DOJ nor Homeland Security know or care where these people are, resulting in removals dropping from 17,433 to 13,212 between 2011 and 2015.

And clearly, immigrants ensnared in the courts are gaming the system. The number of affirmative asylum cases applied for before entering the U.S. is way down, from more than 25,000 in 2011 to 3,379 last year. Yet the number of defensive cases, where an immigrant involved in a court case seeks asylum to forestall deportation, are up from almost 18,000 in 2011 to 42,391 in 2015.

Immigrants claiming a credible fear of being tortured or persecuted have risen as well. Case completions jumped from just 893 in 2011 to 6,630 last year. Closed cases concerning reasonable fear are up from 443 to 2,570 over the same time frame. The numbers of new cases almost mirror these statistics.

Voluntary departures, which save the federal government a lot of time and money, are plummeting from 28,615 in 2011 to a mere 11,610 last year as people realize that if they disappear into society, no one will look for them. Indeed, the percentage of never-detained immigrants who abscond after being served a Notice to Appear rose from 23 percent in 2013 to 43 percent last year.

Like their counterparts in the Department of Homeland Security, immigration officials at the Department of Justice are willfully refusing to do their jobs. Though they are charged with enforcing immigration law in an effective and efficient manner, this latest report reveals a shocking dereliction of duty and waste of tax dollars.