You are at:Home»Politics»Support Nebraska Gov. Ricketts’ Veto of Licenses for Illegal Aliens 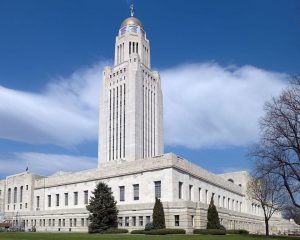 In a letter to Senators last week, Governor Ricketts stated: “By circumventing our current immigration process, LB 947 undermines the rule of law and is unjust to all the immigrants, permanent residents, and naturalized citizens who legally followed the established process.” Tell your Senator you agree with Governor Ricketts and that you want his veto to stand!

Nebraska already doles out driver’s licenses to DACA recipients and in-state tuition to illegal aliens.  Please take a few minutes to call your state Senator and tell him or her that you have had enough of handing out benefits to illegal aliens.  There is no time to waste.  Only with your help can we stop LB 947!

Please act now!  Call or email your state Senator and urge them to oppose LB 947!  Click here to find their contact information.

For more information on this bill or what you can do, contact your FAIR Field Representative.