You are at:Home»Immigration Issues»Border Security»Another Benefit of Arizona’s Effort to Discourage Illegal Aliens 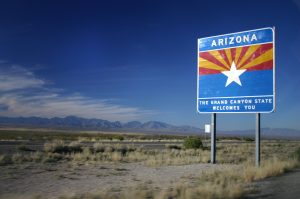 In 2007 we published a study of the effects in Arizona of the adoption of legislation aimed at diminishing the ability of illegal aliens to find jobs and settle in the state. That publication, Recent Demographic Change in Arizona: Anatomy of Effective Immigration Reform Legislation (the executive summary of which is here) cataloged a long list of benefits that accrued to the state as a result of its new laws and enforcement efforts. Those changes included fiscal benefits such as a decreased number of Medicaid births and public school enrollment.

Apparently recognizing that the benefits achieved in Arizona offer an attractive message for other states with large illegal alien populations, organizations that defend illegal aliens have responded with studies that claim to show economic losses by the state as a result of its enforcement policies. Showing an economic downturn following the adoption of the new laws is easy, because the entire nation experienced an economic downturn at that time. Claims that economic damage resulted from convention cancellations in the state have been denied by Arizona government authorities. So, the naysayers do not have a convincing argument.

Now there is new research by education policy experts at Arizona State University that adds an additional positive development that coincided with the adoption of the new laws in the state. In an April 15 article published by the Brookings Institution, the researchers describe a major rise in reading test scores among students in public schools with the largest enrollments of Hispanics. “The relationship between immigration reform and school performance in Arizona” examines rising test scores among schools with differing concentrations of Hispanic enrollment and found that the students with the greatest gains came from schools with the largest Hispanic enrollment. Then they compared that finding with state data on the enrollment in those schools. They found that the same major Hispanic-enrollment schools were also those that experienced declining enrollment over the 2006-2010 period while schools with the lowest concentration of Hispanic students were gaining in enrollment.

The researchers’ assumption is that the exodus of illegal aliens from Arizona following the adoption of restrictive measures especially impacted the large Hispanic-enrollment schools, and the data validate that assumption. Whether the ensuing gains in test scores was due to the departure of poorly performing children of illegal aliens or because the departure improved the learning environment for the remaining children isn’t proven, but the better test performance is clearly a sign that the remaining students are likely to be better prepared to enter the workforce and, thereby, more likely to be greater contributors to the future economy.

Arizona demographics illegal immigration population
Previous ArticleVictims of Out of Control Immigration Testify Before Congress, Ask for Accountability
Next Article Why Immigration Matters on Earth Day