You are at:Home»Immigration Issues»Crime»Oakland Police Department Apologizes for, then Scraps DUI Checkpoints on Cinco de Mayo 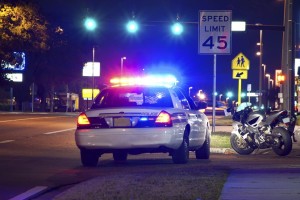 The Oakland Police Department (OPD) recently announced that it would be setting up sobriety checkpoints around the city for Cinco de Mayo because some people celebrate by having a few too many drinks and then get behind the wheel. Police departments all around the country do the same thing around the Fourth of July, Thanksgiving, Christmas and other holidays when there is a high incidence of inebriated driving. The reaction from the rest of us who are on the roads on those occasions is “thank you.”

But in Oakland, ensuring that drivers are sober on Cinco de Mayo isn’t a public safety issue; it’s a political issue and an opportunity for professional ethnic agitators to take offense. It’s also an opportunity for Oakland officials beat a hasty retreat in the face of hyper-sensitivity and offer sincere apologies for placing public safety ahead of political correctness.

The OPD’s original announcement, “Fiesta Time or Jail Time,” warned drivers that “In the United States, Cinco de Mayo has become synonymous with festive fiestas and salty margaritas. Historically, the fifth of May commemorates Mexico’s 1862 victory over France at the Battle of Puebla during the Franco-Mexican War, but present-day celebrations often lead to drunk driving—and there’s no victory in that.”

This statement ruffled the feathers of a group calling itself Oakland Latinos United, which posted a complaint on its Facebook page. “Oakland Police has posted on their Twitter account there going to put out Extra Patrols for you drunk Mexicans on Cinco de Mayo. How does it feel? As a Mexican Chicano I wonder if OPD will be posting DUI PSAs for every ethnic & culturally based holiday?

In the face of this withering first person singular complaint (“I wonder…”) the OPD issued the following statement:

The Oakland Police Department would like to apologize for the recent press release addressing traffic safety enforcement during the Cinco de Mayo holiday. We acknowledge that the language in the message sent was completely insensitive to the cultural holiday. We have worked extensively to build trust with all our communities and value the amazing cultures that make up the heart of our City. We are taking appropriate steps to insure that this does not happen again. Our intentions were to raise awareness about drunk driving and notify the community of traffic safety during the important holiday. As for every holiday and celebration, we want to remind everyone to celebrate responsibly and safely.

The OPD also took the additional step of canceling the DUI checkpoints. Let’s hope no one pays for this absurdity with their life.