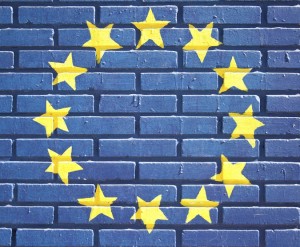 Sir Richard Dearlove, former director of Britain’s MI-6 intelligence service, paints a very bleak picture of Europe in the wake of the ongoing migration crisis. Some 1.6 million migrants poured into Europe in 2015, while the response from the continent’s mainstream political leadership has ranged from acquiescence to paralysis.

The leadership vacuum has left the EU with a series of bad options. “The geopolitical impact is set to reshape Europe’s political landscape as those citizens who feel, rationally or not, that their interests and cultural identity are threatened assert their influence,” cautioned Dearlove.

He also warned that bribing Turkey to stem the flow of migrants crossing the Aegean Sea by allowing Turkish nationals visa-free access to the EU amounts to “storing gasoline next to the fire one is trying to extinguish.”

Dearlove accused Europe’s political establishment of failing to grasp the impact that the migration crisis is having on citizens of the EU. “Europe’s leading politicians, each caught up with their own problems, show little common determination to break out of this cycle of deterioration,” Dearlove said. “If Europe cannot act together to persuade a significant majority of its citizens that it can gain control of its migratory crisis then the EU will find itself at the mercy of a populist uprising, which is already stirring.”

The emergence of Donald Trump as the presumptive Republican presidential nominee is in significant part a response to the economic and social disenfranchisement of many Americans as a result of this country’s slow motion immigration crisis. Though Bernie Sanders has seemingly renounced his earlier position that unchecked immigration undermines American workers, his insurgent campaign has also been fueled by populist angst arising from the impact of excessive immigration.

While politicians on both sides of the Atlantic surely get it by now that a growing segment of their citizenry is in open revolt over migration issues, they still do not seem to grasp that patronizing lip service to those concerns will no longer cut it with voters. That is why many of them may soon be on the outside looking in.