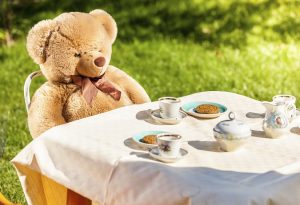 Student groups at Georgetown University in Washington, D.C., are in an uproar over the speaker at this year’s commencement: Jeh Johnson, secretary of the U.S. Department of Homeland Security, who is scheduled to address the graduating class of 2016 later this month.

Georgetown’s student paper, The Hoya, reported that UndocuHoyas, a pro-amnesty group made up of illegal aliens, condemned the selection of Johnson as the commencement speaker because it could upset students who are in the country illegally. In a letter to the Dean of Foreign Services, the group claimed that they “should not be forced to receive our diplomas from an individual who is directly responsible for separating our families. Therefore, we strongly implore the university to rescind Secretary Johnson’s speaking invitation and take meaningful action to ensure that graduation is an inclusive and safe experience for all members of the Georgetown community.”

So-called “safe spaces” are now commonly demanded by college students. The concept has devolved from advocating for school policies that protect students at a high risk of abuse stemming from any form of phobia, to demanding that the promotion of particular presidential candidates be banned on campuses because it somehow causes emotional trauma. Now students want to take this trend to a new low by banning government officials from addressing graduates for fulfilling the oaths they took to enforce our current immigration laws.

It is refreshing to see that some Georgetown students are still willing to hear opinions with which they may disagree. “It would be a tragedy to let Georgetown go down the path of other universities that have allowed students obsessed with safe spaces and echo chambers to prevail at the cost of a diversity of opinions and beliefs,” wrote one junior who launched a petition to keep Johnson as the commencement speaker.

This outrage at Georgetown is rife with irony. Open-border advocates condemn the immigration policies of Jeh Johnson and the Obama administration, going so far as to dub him the “Deporter In Chief,” yet they have no clue that illegal immigrants are less likely to be deported now than under any of president Obama’s recent predecessors. In fact, the chance that an illegal alien faces deportation once settled in the United States is now under 1 percent.

The Obama administration also inflates the official number of deportations to mask a dramatic drop in overall enforcement. During the Clinton and Bush administrations, nearly two million illegal immigrants on average were caught at or near the border, according to self-removal statistics from the federal government. The Border Patrol simply bussed these people back across the border and left them out of the overall deportation statistics reported by Immigration and Customs Enforcement (ICE). This policy changed under the Obama administration and such removals are now included, creating an illusory boom in deportations.

In addition to fudging the numbers, Secretary Johnson recently implemented the controversial catch and release policy that essentially gives illegal aliens a second chance to disappear into society if they get caught.

The outrage from open-border proponents shows that the current administration has failed to please anyone when it comes to immigration reform. Instead, it has found a unique way to bypass our existing laws and allow unfettered immigration into the United States while angering ideologues on both sides of the issue.