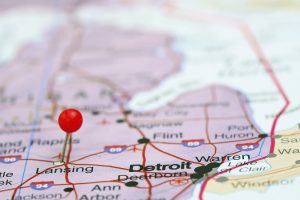 As a recent Detroit Free Press article points out, Michigan has accepted more Syrian refugees than any other state in the U.S.

Indeed, the article reveals that the Wolverine State has absorbed 386 Syrian refugees between January 1, 2015 and April 30, 2016.  This is eight more than the second highest receiving state, California, who has taken in 378 Syrian refugees over the same period of time.

The data, which is sourced from the U.S. State Department’s Refugee Processing Center, further reveals that 211 of the 378 have been settled in the last 7 to 8 months, since the fiscal year began on October 1.

The number of Syrian refugees heading to Michigan is likely to only increase given the Obama administration’s goal of resettling at least 10,000 this fiscal year, which ends September 30. “We expect Syrian refugee arrivals to the U.S. to increase steadily throughout the fiscal year,” said State Department spokeswoman Julie Mason to the Detroit Free Press.   Thus far the administration has settled less than 2,000, making it more than 8,000 shy of its target.

Mason attempted to downplay security concerns regarding the refugees.  “Refugees are the most thoroughly screened category of traveler to the United States,” Mason told the news outlet, noting that all applicants are subject to the “same stringent security requirements that apply to all applicants for U.S. refugee resettlement.”

Mason’s argument, however, is hardly reassuring considering what her colleagues in the intelligence community have been saying.  To be sure, it is impossible to apply “the same” screening standards to Syrian refugees when “the same” databases and infrastructure simply does not exist in that country.

For instance, testifying before the Senate Homeland Security Committee last fall, FBI Director James Comey conceded identifying and screening out potential terrorists is problematic. “My concern there is that there are certain gaps I don’t want to talk about publicly in the data available to us,” he said. Comey’s concerns were echoed by Nicholas Rasmussen, director of the National Counterterrorism Center. “The intelligence picture we’ve had of this conflict zone isn’t what we’d like it to be… you can only review against what you have,” Rasmussen told the committee.

And, more than a year ago, in February 2015, Michael Steinbach, Assistant Director of the FBI’s Counterterrorism Division testified before the House Homeland Security Committee, stating, “The concern in Syria is that we don’t have systems in place on the ground to collect information to vet…. You’re talking about a country that is a failed state that does not have any infrastructure, so to speak. So all of the dataset, the police, the intel services that normally you would go to seek information doesn’t exist.”

It doesn’t get much clearer than that—the databases and information to confirm that individuals are who they say they are just simply “doesn’t exist.” I am sure that will make us all feel safer as the administration continues on its mission to quickly (I mean, thoroughly) screen an additional 8,000 by summer’s end for admission to a town near you….

Homeland Security Michigan refugee state department syria Syrian refugee
Previous ArticleFAIR Op-ed: The Administration’s Flawed Legal Case for Executive Amnesty
Next Article Cubans are Telling Us They’re Not Refugees, So Why are We Treating them Like they Are?