You are at:Home»Immigration Issues»Crime»California Proves the Lie that If You Give Illegal Aliens Licenses They’ll Buy Insurance 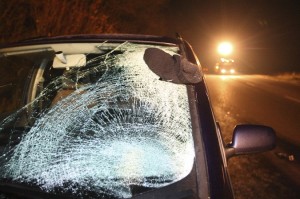 One of the big selling points for proponents of letting illegal aliens get driver’s licenses is that they’ll buy auto insurance (and that our roads and highways will be safer). Don’t tell that to Jennifer Brawley, a Southern California mom who was rear-ended by a newly licensed illegal alien who (surprise, surprise) had no insurance.

California has issued 700,000 licenses to illegal aliens since January 2015, at a cost of $141 million to taxpayers. The state has even provided low cost insurance options for low income drivers through the California Department of Insurance and promoted it heavily in the Spanish-language media. Insurance premiums could run as little as $241 per year, compared with a statewide average of about $2,000 a year.

The logic that illegal aliens would buy insurance if they were given driver’s licenses was flawed from the start. It was based on the presumption that people who have shown general contempt for our laws would willingly shell out money they don’t have to protect assets they don’t have, just because the law requires them to do so.

This really should not come as a surprise to anyone. New Mexico is one of two states that issued driver’s licenses to illegal aliens (as opposed to driving privilege cards like California). Yet, according to an auto insurance trade group, New Mexico has had the highest percentage of uninsured drivers on its roads.

Oh, and the illegal alien who rear-ended Ms. Brawley? When the cops showed up at the scene of the accident and determined that he had a valid license but was driving without the legally required insurance, they just sent him on his way…providing yet another reason for illegal aliens not buy insurance.