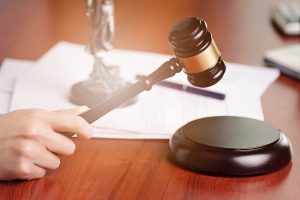 In an order issued by the Federal District Court for the Southern District of Texas last week, Judge Andrew S. Hanen reprimanded the Department of Justice (DOJ) for intentionally deceiving the court in the Texas v. United States case.

The case, brought by the State of Texas and 25 other states, challenges the Obama Administration’s unilateral expansion of its Deferred Action for Childhood Arrivals (DACA) program and creation of the Deferred Action for Parents of Americans and Lawful Permanent Residents (DAPA) program. Together, the programs would allow millions of illegal aliens living in the United States to escape enforcement of immigration law.

Judge Hanen condemned the government lawyers for misrepresenting actions taken by the federal government following the court’s order to halt implementation of the programs until the case is decided on the merits. Following the court’s order, DOJ attorneys informed the court that the federal government had already issued 108,000 work permits pursuant to the expanded DACA program, a fact that the attorneys had repeatedly omitted in direct questioning by the judge. Then, in May 2015, DOJ attorneys informed the court that 2,000 work permits were issued in direct violation of the court’s orders to halt the expansion.

“Clearly, there seems to be a lack of knowledge about or adherence to the duties of professional responsibility in the halls of the Justice Department,” Judge Hanen wrote in the order. Specifically, the order requires:

Judge Hanen also ordered the federal government to submit a list to the court of each individual given work permits under the DACA expansion during the time period in which the DOJ attorneys promised that no benefits had been granted (November 20, 2014 – March 3, 2015). The court plans to keep the list sealed unless a plaintiff state shows actual or imminent harm that can be prevented by release of the information to the state. Finally, the court stated its intention to revoke what’s referred to as the pro hac vice status of the DOJ attorneys who acted unethically, which will remove their ability to appear in a court in a state in which they are not licensed to practice law.

The Supreme Court of the United States is currently deliberating the merits of the case. The Court is expected to rule near the end of its term in June.