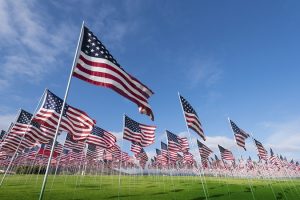 Earlier this week, Pinal County, Arizona, Sheriff Paul Babeu, warned families and hikers traveling this Memorial Day weekend to be cautious. Intelligence suggests rival Mexican cartels have hired assassins to roam across the border and settle scores with one another. As many residents of Pinal County will be taking part in the long holiday weekend, Sheriff Babeu cautions citizens to arm themselves for their own protection.

In a new release, the Pinal County Sheriff’s Office states, “Sheriff Babeu has been made aware of the high probability that Mexican Drug Cartels are sending ‘Sicarios,’ groups of professional assassins to confront and kill rival ‘rip-crews’ who are stealing their drugs during transit along smuggling corridors in and around Pinal County. Recent intelligence reports say Mexican drug cartels have hired armed groups of men to guard drug loads traveling from the US-Mexico International Border to the Phoenix area, a significant part of those routes running through Pinal County.”

The purpose of Memorial Day is to honor the fallen veterans who valiantly fought and died for the freedom and sovereignty of our nation. It seems ironic citizens engaging in recreational activities this Memorial weekend are now heeding the advice of local law enforcement to bear arms because the federal government refuses to enforce immigration laws thereby allowing illegal aliens to continuously invade our sovereign lands.

In another statement Sheriff Babeu explains, “We here in the Pinal County Sheriff’s office have brought a very heavy hand of enforcement against, largely the Sinaloa Cartel who believes they control this area.”

Yes. You read that right. The Sinaloa Cartel believes they control an entire area in one of our states. 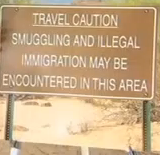 While cartels and illegal aliens flood the border, one might ponder what exactly is the president doing to protect the sovereignty of our borders and American citizens? If you think the answer is to crack down on cross-border criminals then you are mistaken. Instead, the Obama Administration thinks placing a few signs throughout federal lands will do the trick. But wait, it gets better: The signs are not even to deter criminals. Instead, they are a warning to citizens to be wary of illegal immigration activity for their own safety.