You are at:Home»Immigration Issues»Education»Montgomery County, Maryland, Proud Sanctuary Jurisdiction, Gets What It Deserves: The Biggest Tax Hike in Seven Years As Student Achievement Wanes 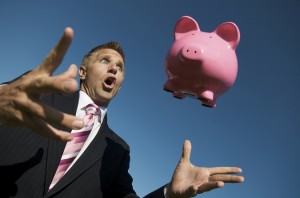 When Montgomery County, Maryland, Council President Nancy Floreen appeared on WMAL radio in Washington, D.C. to explain the county’s new budget, which hikes taxes 8.7 percent, the highest spike in seven years, she crowed about how the money would help the schools. “Classrooms are crowded,” she said. “We have a lot of teacher issues.”

Asked about the impact of illegal immigration on this population in the schools, she became flustered and claimed that the figures were unavailable to her at the time, implying that the numbers are out there. School and county officials, however, said that they do not track the figure.

Montgomery County schools are dealing with the same issues as other magnets for illegal immigration: costs are rising but performance by students in the English for Speakers of Other Languages (ESOL) program is poor.

With teachers being asked to do more in Montgomery County, the new budget could have a negative effect on morale since the school system plans to negate a negotiated eight percent raise and only offer 4.5 percent, a move allowed by state law.

The growth of ESOL programs around the country is stark and estimates vary on what percentage of these students are illegal immigrants or the offspring of illegal immigrants. Many states face challenges recruiting teachers and by 2018, Maryland is projected to require an additional 492 certified ESOL instructors at a cost of $31.2 million.

Even with all this money, there is little to show for it because like their counterparts across the country, progress is slow for ESOL students in Montgomery County. Educators have devised four performance indicators: Below Basic, Basic, Proficient and Advanced. Only 40 percent of third grade ESOL students scored Proficient or above in math, while 53 percent hit the mark in reading.

The numbers plummet from there with just 27 percent of eleventh graders and 30 percent of ESOL seniors reaching proficiency in English. Beyond their lack of progress in English, ESOL students in Montgomery County also have trouble with math. Just a third of county fifth graders studying ESOL reached proficiency and the latest eighth grade results are even worse: 21.5 percent.

One dirty little secret in Montgomery County is that the schools are largely segregated, according to a 2014 report by the county Office of Legislative Oversight. Schools on the eastern side of the county lag behind those on the upscale west side. Wealthy residents are paying more to maintain this system, but their children are generally unaffected by the impact of overcrowding and limited resources. Welcoming unprepared students into the public schools and then failing to properly educate them serves no one’s interest, including the illegal alien students themselves.

And, like many other districts nationwide, Montgomery school officials excluded a large proportion of ESOL and learning-disabled students from taking standardized tests to inflate the countywide scores, a scandal that blipped across the radar and into oblivion in 2013. This is happening all across the country: in 2012, for example, El Paso’s school superintendent received a 42-month federal prison sentence for the very same transgression.

But Maryland and Montgomery County have partially brought this on themselves, since the state issues driver’s licenses to illegal immigrants and Montgomery County proudly touts its illegal alien sanctuary policy, which creates a welcoming atmosphere and prevents local officials from cooperating with federal immigration officials.

This policy hamstrings municipalities within the jurisdiction that want to stem the flow of illegal aliens and try to get a handle on rising taxes. Serving the growing ESOL population in Montgomery County and across the United States will require sustained funding that will leave school districts scrambling to balance their budgets without cutting services to students. The only thing to show for it so far is mediocrity.