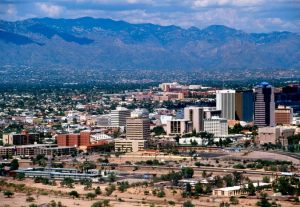 A handful of illegal alien advocacy organizations in Arizona are seeking other avenues to undermine the enforcement of immigration law in the state by pushing a municipal ID program in Tucson to allow illegal aliens residing in the region to obtain photo identification cards.

According to a supporter of the program, the “Todo Tucson ID” campaign strives to establish “another layer of comfort with engaging police” for residents illegally residing in the United States. Indeed, identification cards would help illegal aliens residing in the region to escape the enforcement of immigration law. By giving illegal aliens documentation to produce to law enforcement, officers will be discouraged from contacting federal immigration authorities to verify the true identity of the individual, thus preventing ICE from initiating enforcement actions against potentially deportable aliens.

While supporters argue that the cards are necessary to help identify illegal aliens residing in Arizona, municipal ID cards do little to verify that the applicant is who they claim to be. Municipal employees, or sometimes outrageously illegal alien advocacy groups, are tasked with verifying the identities of applicants for a card and are forced to accept a wide variety of easily forgeable documents as evidence of residency and identity. These documents include but are not limited to school IDs, community IDs, health records, church documents, or foreign documentation. However, local government employees and illegal alien advocates are ill-equipped to verify the validity of documentation and foreign identity documents without access to state, federal, and foreign government databases

The extent to which the municipal IDs may be used is still unclear. Granting municipal ID cards to illegal aliens, however, is sure to invite identify fraud and abuse. Moreover, issuing such cards only serves to encourage, rather than discourage, illegal immigration, making local governments accomplices in illegal alien law-breaking. FAIR estimates that taxpayers in Arizona alone already spend $2.4 billion annually in costs associated to illegal immigration.