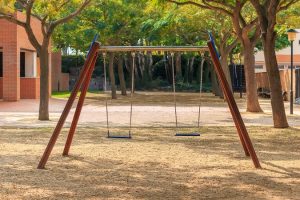 In the small Idaho town of Twin Falls, three Middle Eastern boys dragged a five-year-old special needs girl into a utility closet and sexually assaulted her on June 2. Authorities believe that the boys’ families entered the U.S. through the refugee process.

“They stripped her naked, and urinated in her mouth,” said community resident Davis Odell in an interview with Fox News. Odell has been in close contact with the victim’s family since the attack, and expressed concern over the increasing number of crimes committed by refugees and asylum-seekers. “We’re worried that these are the kids who will be going to school with our kids,” he said. “We want to know what is happening.”

Immigrant advocate groups, however, condemned these concerns, claiming they paint an unfair picture of refugees. “I think the community has seen a lot of negativity around the refugee programs,” said Zeze Rwasama, director of the CSI Refugee Center. He declined to discuss the troubling facts behind the assault, rather continued casting blame on the citizens of the city. “Speculations are things that can destroy the entire community…It breaks my heart when people in the community are divided around issues of resettling refugees.”

An uptick in mass-murders and terrorist attacks committed against Western nations has many Americans on edge, but individual crimes committed by foreigners and refugees often receive little attention in the mainstream media.

With Syria engulfed in a five-front civil war that has raged since 2011, displacing over 7.5 million people, 4 million have fled the country so far to seek refugee status in safer nations. Almost half a million have been killed by some counts. ISIS and other terrorist organizations have escalated their operations outside of Syria as well, causing millions more to flee other Middle-Eastern and African nations that struggle with the deadly fallout of radical Islam.

In response, most Western nations are hastily putting together systems to increase the number of refugees they accept from war-torn nations. However, it is difficult to implement an effective vetting process for millions of minimally documented migrants, yet it is crucial we do since ISIS claims they are taking advantage of these programs to smuggle operatives across the globe. While the vast majority of refugees do not pose a danger to the receiving nation, the first responsibility of any nation is to ensure the security of its citizens.

A majority of lawmakers in the U.S. want to see an improved vetting process implemented in order to better identify the motives of those who seek refugee status. However, Senate Democrats blocked a bill in January that improved background checks, though the House of Representatives passed the same measure with a veto-proof majority.

While lawmakers in America tussle over the best way to help refugees and protect the country, Germany offers a sobering glance of what will likely happen if the U.S. opens the refugee floodgates without first implementing common-sense screening measures. In 2015, migrants in Germany committed more than 200,000 crimes. This trend is growing even more disturbing as sexually-charged attacks by refugee seekers are becoming common occurrences. The issue is now so severe that the small town of Norderstedt made the radical decision to segregate public swimming pools after multiple reports of asylum-seekers molesting female swimmers.

In the U.S., reported crimes committed by refugees are on the rise as well. On June 14, Mohammad Moghaddam, a former refugee from Iran, took a number of hostages in an Amarillo, Texas, Wal-Mart before he was killed by a SWAT team. On Memorial Day, an Atlanta-area woman and her daughter were attacked on their own property by a burqa-clad Somalian refugee who charged onto their lawn, removed a small American flag pole connected to a mail box and swung it at the residents. The sexual assault on an innocent young child in Idaho is simply the latest incident in a disturbing trend.

Despite growing violence, the Obama administration is moving forward with its plan to admit 10,000 refugees from Syria and tens of thousands more from other high-risk nations despite the FBI admitting they are currently unable to effectively vet incoming refugees. Like in Germany, the administration is willing to place its political objective above the safety of American citizens.

While blanket exclusions based on religion or national origin may not be the answer, the United States has always maintained bans based on ideology—regardless of religious affiliation. In order to ensure that we can effectively screen out people who adhere to violent Islamic ideologies, we must create realistic immigration limits to ensure that everyone we admit can be thoroughly vetted.