You are at:Home»Immigration Issues»Border Security»NATO Brass and Open Borders Advocate, Pope Francis, to Benefit from Ramped Up Polish Border Security During Visit 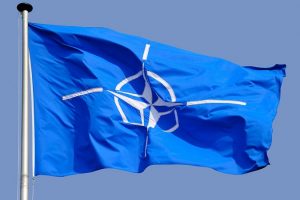 ABC News reports that in preparation for the NATO summit in Warsaw and Pope Francis’ upcoming visit, Poland is stepping up border security measures. Interior Minister Mariusz Blaszczak advised residents and travelers to keep their passports with them at all times, even within the usually visa-free Schengen zone— the European Union’s open travel areas.

In February, Pope Francis used choice words when asked about presidential candidate Donald Trump’s desire to increase border security in the United States. “A person who thinks only about building walls, wherever they may be, and not building bridges, is not Christian,” he said about the presumptive GOP nominee. “This is not the gospel.”

The leader of the Catholic Church also held a February mass in Ciudad Juarez, Mexico, a notorious border city that had the highest murder rate in the world in 2009 due to cartel violence. He asked American and Mexican politicians to have “open hearts like the Ninevites, open to [God’s] call heard in the suffering faces of countless men and women. No more death. No more exploitation!”

No government wants to see a beloved religious leader harmed on their watch, so it is a no-brainer to take the necessary steps to protect him. Meanwhile, the lax border policies that are in place at all other times have created crime spikes in both the European Union and the United States, affecting hundreds of thousands of citizens. These politicians willingly enact common-sense immigration policies in order to protect a high-profile figure, but are hypocritically hesitant to provide the same protection for the citizens they’re sworn to protect.