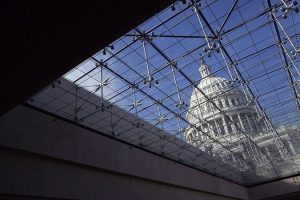 Senate Democrats led the charge today in protecting the status quo and turning their backs on public safety with two important procedural votes that have killed two immigration enforcement bills, both in honor of Kate Steinle.  Steinle is the California woman who was killed last year by an illegal alien with seven convictions and five deportations.  Both bills required 60 votes to proceed to the floor of the Senate for consideration.  The first bill, The “Stop Dangerous Sanctuary Cities Act,” (S. 3100), introduced by Senator Pat Toomey (R-PA), would have allowed the federal government to withhold funds from sanctuary cities.  It lost by a vote of 53 to 44, with only Democratic Senators Joe Donnelly and Joe Manchin having the courage to choose protecting Americans over partisan politics.  The second vote prevented discussion on the merits of “Stop Illegal Reentry Act,” also known as Kate’s Law, sponsored by Texas Senator Ted Cruz (R).  The bill, which lost by a vote of 55 to 42, would have instituted mandatory minimum sentences for illegal reentry into the country. Those voting against either or both measures are listed below: