You are at:Home»Immigration Issues»Border Security»Britain’s New PM Could Teach American Pols a Few Things about Immigration 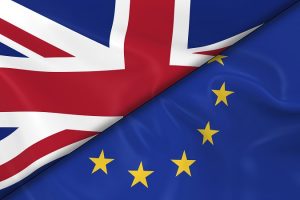 On Wednesday, Theresa May will become Britain’s new prime minister. She will oversee the country’s exit from the European Union in accordance with last month’s decision by British voters. Among the key issues that propelled the Brexit vote was public concern about Britain’s inability to control immigration under the terms of EU membership.

Ms. May has been an outspoken critic of unchecked immigration. Notably, in expressing her concerns, she has managed to do what very few politicians on this side of the Atlantic can seem to master. She has asserted the need for immigration policy to serve the public interest, while avoiding inflammatory and divisive rhetoric.

In a speech May gave last October, she noted that there “is no case in the national interest for immigration of the scale we have experienced over the last decade…Even if we could manage all the consequences of mass immigration, Britain does not need net migration in the hundreds of thousands every year.” In addition to reducing overall immigration, May asserted that “it’s right that we should try to attract the best talent in the world.”

May has also drawn a very important distinction between immigrants and immigration policy – a line that is too often blurred by advocates on both sides of the debate. “There are millions of people in poorer countries who would love to live in Britain, and there is a limit to the amount of immigration any country can and should take. While we must fulfill our moral duty to help people in desperate need, we must also have an immigration system that allows us to control who comes to our country,” she said.

May simultaneously acknowledges the aspirations of people who wish to improve their lives through migration, while making it clear that in a world of 7.5 billion people migration cannot be a viable option for even a small fraction of the world’s poor. Moreover, limiting immigration does not mean turning our backs on the rest of the world.

Let’s hope that as she takes up residency in 10 Downing, Prime Minister May provides a model to other Western leaders for dealing with immigration policy in a way that protects the public’s interest and upholds democratic values.