You are at:Home»Immigration Issues»Washington Post Mocks Hungary for Cracking Down on Illegal Immigration 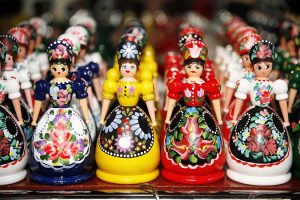 For the Washington Post, correlation is causation—at least when it comes to immigration. In an article for the Post’s World Views blog, Rick Noack tried to connect Hungary’s crackdown on illegal immigration to the country’s current labor shortage.

“Hungary went further than most of its neighbors last year to keep fleeing foreigners out of the country: It built a more than 100-mile-long razor-wire border fence,” he wrote. “But now, the country has realized it actually needs more foreigners… [and]the government is considering plans to invite non-E.U. [European Union] ‘guest workers’ to live in the country.”

The article also draws attention to Hungary’s aging population and the troubling number of young people leaving the country for better opportunities elsewhere in the European Union, and suggests that unregulated immigration could be the solution to preventing a possible collapse of the pension system.

Germany, the example that Noack touts is a possible “role model” for Hungary, is still experiencing financial and criminal difficulties despite accepting over a million migrants in recent years. Since 2015, only three percent of Germany’s migrants and refugees have found full time employment as he admits. The other 97 percent are propped up by the country’s social welfare programs, further increasing government liabilities instead of alleviating them.

Despite the wealth of evidence to the contrary, Noack condemned Hungary’s desire to promote legal guest worker programs over illegal immigration by labeling the country’s policies as “nativist” and “xenophobic.”

The problem with unrestricted immigration in the E.U. goes beyond creating a fiscal bubble. Crime rates are rising exponentially as well. Germany is having such severe problems with sexual assaults committed by immigrants that some municipalities are considering segregating public swimming pools. Sweden, a country that has limited its citizens’ ability to criticize current immigration policies, is now known as the rape capital of the world. Since loosening migration standards, rape has increased 1,472 percent while other violent crime rates have increased by approximately 300 percent, according to the Gatestone Institute.

Noack ends by criticizing Hungarian officials for claiming that they seek to accept immigrants who will most likely assimilate successfully, noting that Prime Minister Viktor Orban has told Arab investors that “the culture of respect” is paramount to the Hungarian people—as if desiring successful assimilation into a nation’s values exhibits disrespect toward its migrants.

Considering that millions of refugees and migrants are leaving failed states mired in cultural and religious struggles, it makes sense that hosting countries would conduct the due diligence required to ensure their citizens’ safety. This starts with combatting illegal immigration and enacting common-sense reforms. To suggest that it is somehow xenophobic or racist to take precautionary steps to avoid the now commonplace tragedies in countries like Germany and Sweden is naïve and merely parrots the globalist agenda’s baseless playbook.