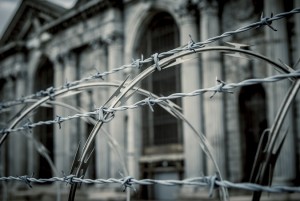 Apologists for illegal immigration are changing the language to create sympathy for lawbreakers and tarnish opponents of open borders. Just as George Orwell noted in his book 1984, whoever controls the words shapes people’s thoughts.

In an everyday example of language manipulation, the mainstream media has ditched the accurate, legal phrase “illegal aliens” and replaced it with “undocumented immigrant,” which is becoming part of the general lexicon. Also, the Library of Congress is trying to change the subject headings “aliens” and “illegal aliens,” replacing them with the nebulous and inaccurate terms “noncitizens” and “unauthorized immigration.”

Amnesty apologists are now repeating the phrase that they are on the “right side of history.” That’s a pretty big assumption, since no one knows how things will play out. If illegal immigration causes an economic apocalypse, future historians could well determine that the open borders fanatics acted in a delusional fashion that ignored facts and warnings.

Another tried and true tactic – branding anyone opposed to coddling illegal aliens as a racist – rings hollow because it addresses none of the real issues surrounding the phenomenon.   Angry open borders fanatics, unafraid to openly protest when they fail to get their way, are focusing their wrath at the Governor of Massachusetts, who refuses to dispense driver’s licenses to illegal aliens.

In this report, a local television station in Boston chronicled the exploits of “outraged” illegal immigrant sympathizers: “Chanting ‘no justice, no peace. No racist policies,’ pro-immigration activists are criticizing Governor [Charlie] Baker’s proposal to prohibit undocumented immigrants from getting a driver’s license in Massachusetts.

‘It’s a shame that the governor is taking on such racist policies because he knows that this is going to impact people of color. It’s going to impact immigrants of color,’ said Natalicia Tracy.”

The driver’s license issue has nothing to do with the color of potential recipients’ skin, but everything to do with public safety and the desire to discourage more illegal immigration.

It is outrageous to show such disrespect to a country that harbors more than 11 million illegal aliens, allows them to work and live virtually unmolested and educates their kids for free – just because a state decides that giving driver’s licenses to people who have broken the law and lack documentation is a bad policy.

George Orwell understood the power of words. In 1984, a critique of left-wing politics, the totalitarian government that polices and punishes thought crimes foretold the conformity of opinion favored by today’s militant leftists, who are hijacking the national discourse to buttress their positions and stifle any opposition or debate.