You are at:Home»Immigration Issues»Asylum & Refugees»A Million Unvetted Refugees in Germany: What Could Possibly Go Wrong? 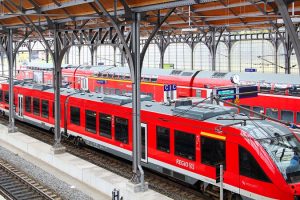 Reuters’ coverage of Monday’s attack by an ax-wielding Afghan refugee on a German train included the following willful blindness from the German Interior minister:

“Speaking on German public television, Interior Minister Joachim Herrmann said it was too early to speculate about the motives of the attacker.” Six paragraphs later, Reuters reports, “German media, citing a spokesman for the Bavarian interior ministry, reported that the man had shouted ‘Allahu Akbar’ (God is great) during the attack.”

Gee, let’s hope the crack detectives at the German Interior Ministry can get to the bottom of this mystery about the attacker’s motive.