You are at:Home»Immigration Blog Posts»How Human Traffickers Exploit U.S. Immigration Policies and What Can be Done 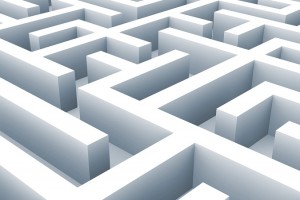 Aroldo Castillo-Serrano promised boys from Guatemala a good education and a better life if they moved to Ohio. After smuggling the children into the country, he made them work on an egg farm for 12 hours a day, six days a week for two dollars a day.  Unfortunately, this is just one of many cases where human traffickers exploit the United States’ immigration policies.

In order to prevent individuals like Castillo-Serrano from operating in the United States, in 2008 Congress passed the William Wilberforce Trafficking Victims Protection Reauthorization Act, which increased penalties for trafficking crimes, expanded the definition of trafficking and established guidelines for the treatment of unaccompanied alien minors (UAM). UAMs from countries contiguous to the United States – Canada and Mexico – are screened, processed and sent back home within 48 hours unless they are victims of human trafficking or have a “credible fear” of returning.

Children who enter from noncontiguous countries, however, are transferred to the Department of Health and Human Services (HHS) and placed in removal proceedings. The process can take from several months to years as the children await their court appearances. Although this section of the act intended to protect unaccompanied minors, the difference between the treatment UAMs receive from contiguous versus noncontiguous countries allows human traffickers to exploit the system and victimize thousands of children.

Originally, advocates wanted legal protections for all UAMs, including children from contiguous countries, but lawmakers believed it would cause an influx of children from Mexico. However, they failed to predict the mass arrival of UAMs from Latin American countries. The number of UAMs apprehended at the border rose 1,200 percent between 2011 and 2014 from 3,933 to 51,705, and so far this year, Immigration and Customs Enforcement has apprehended about 20,000. These minors mainly come from El Salvador, Honduras and Guatemala, some of the most dangerous countries in the world. The flood of UAMs is creating a backlog of cases for the immigrant court system. This rise in UAM arrivals, combined with overwhelmed courts, allows for traffickers to exploit the circumstances these children face by promising them refuge in the United States. They smuggle them to the border, demand a payment that cannot be fulfilled and subject them to involuntary servitude in order to pay off the debt.

Another reason human traffickers are able to exploit this law is due to lax oversight by government officials. While the UAMs are in removal proceedings, they are sent to a sponsor, guardian or family member. HHS is supposed to periodically check in to make sure the sponsor is taking care of the child, but many times they fail to complete thorough background checks on the sponsor and conduct limited follow up. Consequentially, children have been released into the hands of human traffickers, as documented in a staff report issued by the U.S. Senate Homeland Security Committee.

To prevent traffickers from exploiting of the system, Rep. John Carter (R-Texas) introduced the Protection of Children Act of 2015, which amends the Wilberforce Act. The bill is designed to change the processing requirements for children arriving from noncontiguous countries. Instead of automatically allowing them entry into the United States, their cases would be processed within 48 hours by the Department of Homeland Security and they would be sent home. Children who have a credible fear of returning to their home country, or who can demonstrate credible evidence that they are at risk of becoming a victim in their home country, will be allowed to remain in the United States. Similarly, Rep. Mike Salmon (R-Ariz.) introduced the Expedited Family Reunification Act of 2016 which hopes to establish the same removal process for all UAMs.

These bills represent an important step toward ending human trafficking operations in the United States. Congress must ensure that legal loopholes, like the Wilberforce Act, are closed and that measures are taken to prevent innocent children from becoming human trafficking victims.