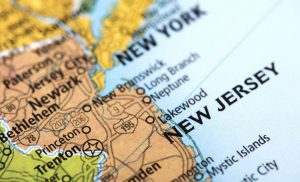 The New Jersey Assembly is currently considering legislation to award financial aid to illegal aliens residing in the state for the third year in a row. The state already allows illegal alien to receive in-state tuition rates at its public university and colleges, including its largest institution, Rutgers, the State University of New Jersey. Assembly Bill (AB) 1650 would allow any student eligible for in-state tuition to be eligible for any financial aid administered by the Higher Education Student Assistance Authority or New Jersey Secretary of Higher Education, regardless of a student’s immigration status.

Language providing financial aid to illegal aliens was originally included in the DREAM Act passed by the state legislature in 2013. Governor Chris Christie initially vetoed measure stating the bill “fiscally imprudent and wholly unwise” and would make New Jersey a magnet for out-of-state illegal alien students.  Governor Christie justified his position by stating, “Giving undocumented out-of-state students benefits that out-of-state citizens aren’t eligible for, I’m not in favor of. So under the current piece of legislation, if you’re an undocumented student who lives in Pennsylvania, and you come over to go to private or parochial school in New Jersey, under this bill, you would then be entitled to, if you spent three years in that school, to in-state tuition. If you’re a citizen in Pennsylvania, and you come over, and spend three years, you’re not entitled to that.” Governor Christie ultimately signed the bill after the Legislature removed provisions that provided financial aid to illegal aliens. He did not explain, however, how in-state tuition differs from financial aid in this regard. Out-of-state residents are not eligible to receive in-state tuition or financial aid in New Jersey.

It is unclear whether Governor Christie will continue to oppose legislation granting financial aid to illegal aliens, as he has flip-flopped on the issue multiple times since taking office.  In 2011, Gov. Christie stated strong opposition to granting taxpayer-subsidized education benefits to illegal aliens. “I can’t favor that, because we need to have an immigration system where people follow the rules, and I can’t in a difficult time of budget constraints support the idea that we should be giving money in that regard to people who haven’t followed the rules, and take that money from people who have,” he stated. Governor Christie later backtracked while campaigning for reelection in 2013 when he pledged his support for taxpayer-funded tuition subsidies for illegal aliens at a Latino Leadership Alliance Gala.  It was just a few months later that Christie signed the amended DREAM Act.

Opponents to the measure contend that the measure is unfair to New Jersey families, as it would decrease available aid for New Jersey citizens. Indeed, New Jersey’s education budget already falls short in meeting the needs of its citizen and lawful resident students. The U.S. Department of Education listed Rutgers this year as having one of the highest public university tuitions in the country, with its students taking out more loans than ever to cover education costs. Additionally, New Jersey taxpayers already pay over $3.34 billion annually to subsidize illegal immigration in their state, more than half of which, $2.44 billion, is attributable to the costs of K-12 education for illegal aliens.