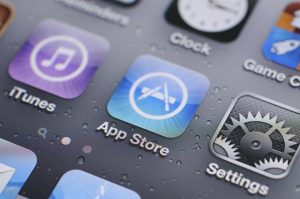 Amnesty advocates are encouraging illegal aliens to take advantage of new phone applications that are designed to help them avoid law enforcement in the communities in which they reside. These applications, available in both English and Spanish, track police roadblocks and checkpoints in order to enable illegal aliens to avoid possible encounters with law enforcement.

The applications are crowdsourced, which means the data they contain are manually inputted by their users for everyone who has downloaded the applications to view. Users can broadcast where the checkpoints are located by manually placing a pin on a Google map. They also can add more specific information; including a specific address and exact time the checkpoint was spotted.

Outrageously, these applications are being promoted by amnesty advocates after an illegal alien was fatally shot while trying to drown a Georgia State Patrol trooper in June. “As long as we have local law enforcement partnering with deportation efforts, immigrants will find ways to protect themselves and their families from the risk of deportation,” justified Jerry Gonzalez, executive director of the Georgia Association of Latino Elected Officials.

These applications and other programs designed to help shield aliens from law enforcement do more harm than good for communities around the country. Currently, the Obama Administration only targets illegal aliens for possible deportation if they already have criminal convictions on their record and have already been determined to be threats to national security or public safety by the federal government. Thus, while these applications might give peace of mind to the average illegal alien, these programs truly only benefit the most dangerous criminal aliens who are a known risk to public safety.