You are at:Home»Immigration Blog Posts»DOJ Awards 10 Sanctuary Cities over $342 Million in Grant Money 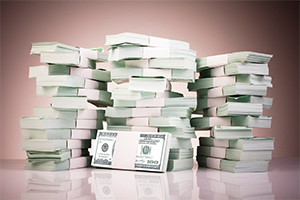 The U.S. Department of Justice (DOJ) awarded $342,168,401 in grant money to 10 jurisdictions with sanctuary policies that prohibit law enforcement from cooperating with the U.S. Immigration and Customs Enforcement (ICE). Despite the fact that DOJ’s mission statement charges the agency with the duty to enforce the law, ensure public safety, seek punishment for unlawful behavior, and ensure fair and impartial administration of justice, the agency turned a blind eye towards these jurisdictions that vocally, and often directly in violation of federal law, impede immigration enforcement. Many of these policies illegally prohibit state and local officials from communicating with ICE and go as far as to prohibit cooperation with federal immigration officials regarding the most dangerous criminal aliens already in state or local custody.

According to a guidance issued by the DOJ’s Office of Justice Programs last month, however, cities that violate the federal law mandating  public employees be permitted to communicate with the Department of Homeland Security will no longer be eligible for the Edward Byrne Justice Assistance Grant Program (JAG) and the State Criminal Alien Assistance Program (SCAAP) grants.  While the new guidance does not outright require cooperation with federal immigration authorities, it is a step in the right direction.