You are at:Home»Immigration Blog Posts»Happy Birthday National Park Service! We’re Worried About You 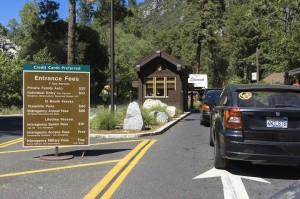 With immigration levels causing the US population to skyrocket, open land and space is becoming sparse. As populations grow, they inevitably expand into surrounding ecosystems and areas. This becomes a problem when the population growth exceeds the resources available.

Growing population means higher consumption of everything, including land, water, carbon fuel, and species’ habitats. As the United States continues to accept millions of new immigrants annually, farmland, forests, and other open spaces are being developed at more than double the rate they were in the 1990s. Eventually, there won’t be any more space to spread out, and  our national parks could be compromised.

Millions of acres of farmland are developed each year due to housing needs for our growing population. This comes at the expense of natural resources, species habitat’s, and the quality of life American see today.

The National Park Service lists air quality as a significant threat to the environmental health of their parks as well. As people continue to flood into the United States, pollution levels rise and the quality of the parks suffer.

National Geographic sites adjacent development as one of the top major threats to our national park system. Even if our parks remain untouched, what happens on a park’s borders can dramatically impact the environment and ecosystem inside the park itself. Mining, clear-cut lumbering, and other developments are typically prohibited inside parks, but still pose a threat to water quality, clean air, and other aspects of the park environment.

Thomas Kiernan, president of the National Parks Conservation Association, says encroaching real estate development and road construction are threatening the park system. As the population continues to rise, the need for housing and infrastructure will too.

It’s impossible to not look at immigration as a major issue for our environment. Those who ignore the impacts mass immigration into the United States are either deluding themselves, or shying away from a controversial topic they don’t understand.

Happy 100th birthday National Park Service! Here’s hoping we can put a stop to the mass unchecked illegal immigration, and continue to celebrate your contribution to the country for hundreds of years to come.