You are at:Home»Immigration Issues»Border Security»Death and Exploitation: A Troubling Consequence of Lax Immigration Policies 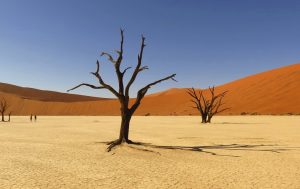 In defending amnesty and loose immigration policies, open border proponents often justify illegal entry into the United States by pointing to the difficult situations that migrants are fleeing. Such rhetoric is then deployed to vilify anyone who calls for the southern border to be secured or for ending the allocation of federal benefits to illegal aliens.

However, these same activists censor a more troubling story: that the process of immigrating into America illegally often ends in tragedy. Illegal immigrants are commonly found dead or dying near the southern border, fallen victim to exposure, thirst, human trafficking or cartel violence. According to an August 23 Customs and Border Patrol (CBP) press release, a county morgue in Arizona currently holds the bodies of approximately 850 illegal immigrants found near the border.

“Our focus at the Medical Examiner’s Office is identifying remains of people that we have found. We still have about 800 to 850 that are unidentified,” said Dr. Gregory Hess, Pima County’s Chief Medical Examiner in Tucson, Arizona. Dr. Hess’s morgue represents only one of Arizona’s 15 desert border counties, indicating that there are likely thousands more unidentified illegal aliens who perished while migrating into America.

“The Arizona desert is a deadly trap,” says CBP Spokesperson Jaime Ruiz. “Migrants get easily disoriented and after long days of walking with no water or food, they succumb to unforgiving extreme temperatures. Migrants are either abandoned or tricked by human smugglers.”

In addition to the high mortality rate that comes along with entering the United States illegally, as many as 19,000 foreigners fall victim to human trafficking every year. Cartels and other traffickers promise to guide legal and illegal aliens into America, promising them a better life. However, they are imposed with a “smuggling debt” once they arrive and forced into prostitution or hard labor in poor conditions with little, if any compensation.

These heartbreaking stories are the result of a federal government that lays out a welcome mat for illegal immigrants by offering incentives such as drivers licenses, welfare and sanctuary policies. With the benefits far outweighing the shrinking risk of deportation, millions of migrants choose to enter America illegally.

With this knowledge, repairing our broken immigration system becomes a human rights issue. Securing the border and removing incentives to enter the country illegally not only serves the best interests of American citizens and legal immigrants, it also protects unaware, would-be migrants from the possibility of exploitation, indentured servitude and even death.