You are at:Home»Immigration Blog Posts»Is DHS Hiding a Report Proving the Border is Unsecure? 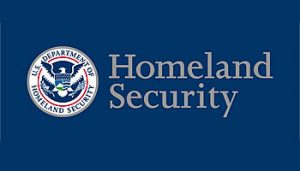 Ever since President Obama began his push for “comprehensive” immigration reform after he secured his reelection, he has repeatedly tried to convince the American people that the Southern border is secure. To advance this narrative, his Department of Homeland Security (DHS) in 2013 eliminated the border security metric known as “operational control” and to this day has failed to provide a new standard for measuring border security. Instead, they occasionally point to lower border apprehension numbers as “proof” the border is secure.

Of course, it doesn’t take much brain power to detect this intentional trickery. First, Obama’s DHS failed miserably under the “operational control” measure so it was discarded to stop making them look bad. More importantly, border apprehensions are a clearly inaccurate statistic. First, it obviously only counts the number of illegal aliens actually caught at the border while failing to provide a picture of those who crossed undetected. Additionally, the Obama administration has ordered Border Patrol to not patrol certain areas, thereby limiting effective enforcement at the border.

Despite this, the Obama administration has long claimed that 80 percent of the border is secure—a claim that next to no one believes. Unnamed DHS sources recently told Fox News that the Department completed a congressionally mandated investigation nearly a year ago but still hasn’t made the results public. The reason? DHS is intentionally hiding the report because it proves the Southern border is at most 50 percent secure. This would mean that at least 250,000 illegal aliens successfully entered the country without inspection!

DHS has denied that it is withholding the report, claiming instead that it still isn’t finished.